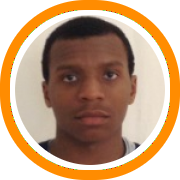 Northfield Mount Hermon senior Daquon Ervin made a verbal commitment to UMBC on Sunday following an official visit to the school's campus over the weekend.

Ervin, who celebrated his birthday a day earlier on Saturday, was widely considered to be one of the best available point guards left on the board and had picked up offers from schools in the America East Conference, NEC and MAAC.

The New York native had a huge junior season for NMH, earning 1st team All New England honrs in the process, but has been limited by injuries almost ever since.

He tore a muscle in his stomach late during his junior season and while he initially tried to play through it to open the spring AAU season with the New England Playaz, it quickly became clear that surgery would be necessary.

Ervin didn't return to the court until late August and spent the better part of the fall open gym period working to return to 100% on the court. He was back in good form by the beginning of the season but suffered another injury, this one to his quad, in the team's first game of the season and would unfortunately be plagued by that through the first of the year.

It was only in the last few weeks of the season that Ervin ever really got close to 100% and his recruitment was undeniably impacted. However, for those who saw him at full strength last season, there is absolutely no denying that UMBC got a steal and someone who is capable of playing immediate minutes and putting points on the board from day one in the America East.

Below are highlights of Ervin's junior season.