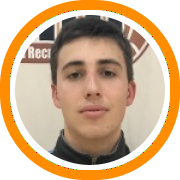 Here’s a look at some of the top performances we saw from the wings:

Nate Duda, St. Andrew’s 2016 – The development of his perimeter game continues to come along nicely but what differentiates Duda is his length and athleticism on the wing as he can make plays defensively as well as on the defensive end of the floor.

Brenden Vessichio, Wilbraham and Monson 2016 – Arguably his best showing of the spring, Vessichio looked great during the one-on-one competition with his long first step and ability to get to the rim with a single bounce and continued to score throughout the day, getting buckets in all three ranges with his typical array of shot-making.

Jake Wisniewski, Williston-Northampton School 2016 – A forward who has the ability to bring the ball up the court and create in the open floor with his strong frame, Wisniewski was equally impressing slashing to the hole, crashing the offensive glass or finishing through contact and also appears to be in the best shape of his career to date.

Matt McDevitt, Greely High School 2017 – A rising junior who played his way into the NERR database by virtue of his performance here, McDevitt combines good size at six-foot-six with a skill set to step to the perimeter and make open shots.

Caden Dumas, Worcester Academy, 2017 – His trademark motor was on full display as he attacked the offensive glass and finished plays in the paint above both shoulders, but Dumas is also extending his game to the perimeter as he showed with some very soft pull-ups in the mid-range area.

Sam Geschickter, Williston-Northampton School 2016 – Another guy who played some of his best basketball of the spring, Geschickter seems to be blossoming at just the right time. He has a pretty stroke off the catch or the dribble, was able to use his athleticism to attack the cup when crowded and even stood out with some textbook close-outs on the defensive end.

Jake Kakar, Lexington Christian Academy 2017 – Kakar was outstanding throughout the day. His ability to create shots for himself made him a matchup nightmare. The 6-foot-4 wing has good length and he uses it to score over smaller defenders in the mid-range area while also mixing in some drives all the way to the rim and open 3’s.

Bailey Patella, Lennox Memorial 2016 – Patella made a living throughout the day slashing past defenders and finishing.  The athletic wing can shoot over top of defenders at virtually anytime but he also has a quick first step that beat his defenders and the athleticism to finish with authority.

Corey Romich, Vermont Academy 2017 – Romich continues to develop his game. He has always had a nice stroke from all three ranges off catch but other aspects of his game were on display during the showcase. His footwork off the catch and ability to play off the bounce have both expanded, making him a much more versatile scoring threat.

Weston Hannon-Bogosh, Worcester Academy 2016 – An incoming post-grad who made a quick first impression in New England, Hannon-Bogosh has good size and strength on the wing along with a nice shooting stroke from the perimeter.