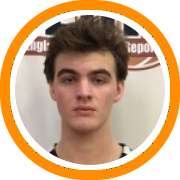 Yesterday, we examined some of the more conventional big men left on the board – guys that are likely to play, or at least do the majority of their damage, in and around the paint at the next level.

With the way the game has evolved in recent years though, most teams are now looking to play four perimeter players at one time, without sacrificing anything on the glass or the defensive end, and so there is an increased premium for forwards, or sometimes even centers, who can stretch opposing defenses out to the three-point line.

Consequently, the “power forward” position that was the prototype ten to fifteen years ago has given way to the “stretch-four” that most teams are now looking for in their second frontcourt position while centers who can step-out and/or facilitate from the elbow/high post are equally valuable.

Fortunately for college coaches, New England still has plenty of talented options left on the board in those spots.

DeAndre Johnson, Gould Academy – His tool set is especially unique because he can both space the floor to the arc offensively and also provide a rim protector on the defensive end. Similarly intriguing is his combination of size and mobility. With the tools being undeniable, Johnson’s future will depend on his consistency and commitment to maximizing his potential.

Patrick Harding, Fairfield Prep – While Harding currently holds multiple division I offers, he reportedly hasn’t ruled out a post-graduate year either. Potentially capable of playing either the four or the five at the next level, Harding has good touch but really differentiates himself with his ability to pass the basketball.

Jimmy Boeheim, New Hampton – Boeheim may be best known for being the son of Syracuse head coach Jim Boeheim, but he’s made a name for himself since arriving in New England. The southpaw shoots it well to the arc, has the passing instinct and feel for the game you would expect, but has also shown a willingness to mix it up inside when necessary.

Brandon Horvath, Kent – There may not be a better pure shooter left on the board, especially when he gets hot. Horvath can be a little streaky with his jumper, but once he gets into a rhythm he can make them in bunches like few others can as well as with nearly unmatched range which goes to the NBA arc.

Peter Blust, New Hampton - His maturity is one of his best attributes, both in the way he approaches his role on the floor as well as the way he interacts with his teammates. He's an ideal blend player because he has a strong body, spaces the floor, makes open shots, and doesn't try to do more than he's capable of.

Jacob Grandison, Phillips Exeter – Grandison has had a strong post-graduate season for Exeter and is one of the main reasons why they are again in the hunt for the Class A title. He’s a multi-positional player, who has potential as both a stretch-four type as well as a big wing, and an intriguing combination of size and skill.

Daniel Cabassa, Holderness – He’s known more for his athleticism than his skill at this stage, and rightfully so given his career to date, but Cabassa’s developing touch facing the basket is one of the more underrated parts of his game. If he becomes the consistent face-up threat he’s capable of, his best days are definitely still in front of him.