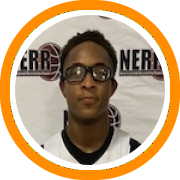 As summer shifts to fall, the Be Seen Tour will continue full steam ahead, but now expand our lens to include the various scholastic programs who are also doing their best to help their players earn the exposure they need to reach the next level even in these unprecedented times.

Fist up, were the players from Capital Prep in Hartford, Connecticut. This is a group with multiple college prospects, ranging from D1 down to D3, who have all the talent to be a major threat in the CIAC this year.

KeyShawn Mitchell, a 6-foot-9 2022 forward is both the best prospect on the team and also one of the best in the state’s junior class. While he’s still a long way from a finished product, he’s made clear strides since last year as he grown to 6-foot-9, started to fill-out his frame, further developed his handle and ability to make plays at his size, and is now starting to finish emphatically around the rim with both hands. He’s naturally unselfish, almost to a fault at times, and so as he continues to assert himself more consistently it will help both his individual stock as well as the team’s overall success, as there just aren’t many prospects in the CIAC who have his natural tools.

Senior guard Chris Hough was very impressive the day we watched. He may be an ideal prep candidate following his graduation, to give his body an extra year to fill-out physically, but his game is well-developed. He’s a consistent shooting threat from behind the arc but can also make plays off the bounce with a solid handle, first-step, and some quick bounce at the rim.

Jalen Gordon is another important senior for the club and a nice complement to Hough because he’s long, strong, and athletic with the physical profile to play and defend almost any position at the high school level. He can really get downhill though, and not just in the open floor, but even from a standstill in a half-court set.

One of the most pleasant surprises in the gym was senior guard Kadeem Mcknight. His name was one we hadn’t heard before, reportedly because he’s starred mostly on the football field to this point in his career, but he was one of the first players to catch our eye as he is quick with good natural pace to his game and has developed a solid handle.

Nahzeer Henry and Ahmad Storey are two more senior guards who could play important minutes once the season rolls out. Henry is a two-way player who showed he could really pressure the ball defensively but also has well-rounded offensive tools, but just needs to learn to pick his spots a little more efficient. Story is a sneaky scorer who was unassuming early on but rattled off several buckets in bunches once they started to go up and down.

Joining Mitchell in the class of 2022 is Quincy Ferguson, a skilled southpaw forward who has made clear strides in his game since last season. At 6-foot-4. Ferguson has broad shoulders, a strong upper-body, soft hands, and good footwork to operate inside, but he’s also one of the best three-point shooters on the team who can pick-and-pop.

Mehki Tyson-Slaughter is a similarly built big-bodied forward in the class of 2022, but while Ferguson differentiates himself with his skill-level, Tyson-Slaughter does it with his explosiveness. He’s got bounce to match his power and is an open floor playmaking threat around the rims on both ends of the floor.

Elijah Graig is a guard in the class of 2022 to keep an eye on. He’s a late-bloomer who is a growth spurt away from being a problem as he already owns a solid skill-set and good overall feel for the game.

Sophomore guard Nehemiah Johnson, the top underclassman of note on the roster, is similar. He has clear ability and even some innate toughness with still a lot of untapped potential as he grows into his body in the coming years.

Exactly what the season will entail, or if it will happen at all, remains a big uncertainty for Capital Prep and numerous other programs across New England. But what was clear to us, is that this is a group of prospects that college coaches need to familiarize themselves with as there’s already a handful who are clearly headed to that next level with several others who are on the right path.