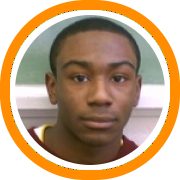 While we have already told you that the trio of Nate Lubick, Jason Morris, and Gerard Coleman were tops in the region, what we didn’t tell you is that Carson Desrosiers appears to be the next unquestioned high-major talent.

After the New Hampshire native exploded onto the scene this July he now features a wealth of scholarship offers, with notables coming from Providence, Syracuse, and Pittsburgh of the Big East.

Desrosiers Mass Rivals’ teammate, Evan Smotrycz, recently reclassified to the class of 2010 upon transferring to the New Hampton School.  But in reality all the skilled forward is doing is joining prospects his own age since he was a year younger than his peers in the current senior class.  This will certainly be a big year for Smotrycz as he transitions from Reading High School to Class A of the NEPSAC, arguably the toughest conference in America.

Winchendon’s Ozan Dilik is in at #6.  He returned to his native Turkey to play with the national team this summer and so he wasn’t around for the July live period.  But it shouldn’t matter much to college coaches as they are already very familiar with the big and crafty guard with a distinct European style to his game.

Josh Turner, the 6’5” guard from Sacred Heart High School in Waterbury, CT, sits at #7.  With great skills and size for the perimeter, Turner has been acknowledge as one of the area’s best since he was literally in middle school.  But we have been most impressed with him recently as he appears to have grown into his body and consequently developed more explosion off the bounce and finishing at the rim.

#8 Matt Brown began his summer at the Reebok All-American Camp.  It was in the Philadelphia camp that he showed an added dimension to his game playing the point guard spot consistently against some of the nation’s best players.  But his bread and butter is still his ability to score the ball.  Look for him to have a break-out year at Northfield Mount Hermon this season.

With the exception of Desrosiers, no player helped themselves more this summer than #9 Rod Odom (pictured).  Standing at 6’8”, the Middlesex School star played point forward this summer for his Expressions Elite AAU team and attracted the attention of college programs from the Atlantic-10, Pac-10, SEC, and Big East in doing so.

Odom’s running mate with Expressions, Tyler Olander also began to emerge.  His big performances came in flashes, but he appears on the fringe of putting it all together on a consistent basis.  The 6’7” southpaw has always been skilled but he is now beginning to play with more intensity, looking to attack the defense and becoming more of a factor on the glass.

Nipping on the heels of the top ten are Denzel Brito and Corey Wright Jr.  Both guards also had big summers, and now find themselves now targeted by a variety of mid-major programs.