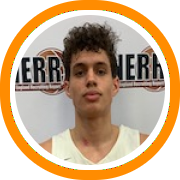 Some things are more important than basketball.

There was a period of time last spring where Quinn must have wondered if he would ever coach again. Long before the general public, or even the basketball community, knew he was dealing with Guillain-Barre Syndrome, he was hospitalized by the illness that attacked his immune system and created a paralyzed like state.

Thankfully, after months of recuperation and rehabilitation, Quinn returned home this summer and now appears on his way to a full recovery.

He won’t miss a single game and, fittingly, he’ll return to a home court now named in his honor thanks to a donation from STM alum and Detroit Pistons big man Andre Drummond.

Whatever happens between those lines will pail in comparison to the fact that he’s back on the sidelines, helping to guide young men as he has for over the last forty years and now, perhaps even more than ever, leading by example as his spirit, humility, and sense of humor remain as sharp as ever, even while he continues to build back his physical strength.

That, in and of itself, is the real win this season, but it also just might provide some extra motivation for a team that again strives to compete both nationally and in Class AAA of the NEPSAC.

Jared Garcia is back for his fourth year with the Chancellors as we’ve literally seen him grow up since making the move from his home state of Texas. He arrived a talented, but very young, sophomore who needed maturation to begin to realize his potential. He’s made strides every year since and, following a September commitment to Charlotte, has nothing to focus on but continued development. He’s one of the most gifted and versatile forwards in the league – he’s powerful, athletic, and skilled – and in many ways only just beginning to discover his full potential. If he can grow into a leading role for this year’s club, they’ll be all the better for it.

The other notable returner is senior Jair Currie. The Albany native has been a well-known name throughout his high school career but is ironically under-recruited heading into his senior season, in large part due to the new NCAA recruiting calendar. He should have every opportunity to play his way into new looks this season though as he’s a true three-range scoring threat and should be one of the top offensive weapons on this year’s STM squad.

The most notable newcomer is Turkish native Emir Buyukhanli, who is already committed to Yale. A big point guard who stands at 6-foot-5 with a plus-four wing span, Buyukhanli isn’t just a physical mismatch at the position but also creates tempo, snaps passes, and has a crafty feel-for-the-game.

Similar to many STM teams of the past, this year’s squad also has a variety of prospects who could push their stock to new levels during their post-graduate year. Chris Manon, a physical and athletic wing from New Jersey, is perhaps the most likely candidate but certainly not the only one. Justin Hemphill is an upstate New York native who is only just beginning to scratch the surface of his potential. He’s athletic, extremely long, always around the ball, and even has a bit of a passing instinct. Charles Williams, a big fluid wing from California, is another such prospect who has a chance to really blossom this year.

Elijah Perry and Jack Shannon are two New York natives who should attract scholarship level interest. Perry is a southpaw point guard who can knock down shots while Shannon is a skilled four type who graduated from Iona Prep last year. Zeke Blauner is a skilled guard who is working to fill-out his frame while Myles Robinson is the inverse, a powerful wing who can play through contact and make open shots.

The Chancellors will also feature two more Japanese natives this year and while Yuta Watanabe may not be walking through that door, Keigo Kimura is a tough-shot-making guard and volume scorer who could certainly play an important role this year. Mosaku Oluwadamilola could also fight for minutes.

Derrius Ward, who will spend two years here, is probably the best long-term prospect on the team. The Philadelphia native had recruitment as high as the Atlantic 10 as a member of the 2020 class and has the potential to push that even farther with an extra year. He’s a big wing at 6-foot-6 with athleticism to match, a solid shooting stroke, defensive tools, and expanding guard skills. Sean Marachuk, the latest member of the Macarchuk family to attend STM, is also expected to be here for two years.

STM also has a couple of true underclassmen, although they may spend the majority of their seasons running with the school’s high school team. Desmond Claude and Christian Jones though both have significant upsides. Claude is a long-armed wing with an emerging frame and body-type in the class of 2022 while Jones is a big freshman guard with equally imposing length and physical tools along with the playmaking potential to match.

It’s a team not unlike many of its predecessors – led by a couple of talented individual prospects and then built with a remaining core of players that may have been previously overlooked or who may just need an extra year to develop their games or bodies. However you slice it though, there are multiple scholarship level prospects here, many of whom will remain uncommitted heading into the season.

They’ll be competitive. They always are. If they can avoid the injury bug that’s plagued them in recent years, they’ll undoubtedly become far more than the sum of their individual parts by the time February rolls around. Most importantly though, Jere Quinn will be back on the sidelines, helping to develop young men, securing their athletic and academic futures, and being the face of a school all at the same time.