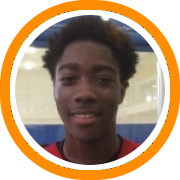 The state of Massachusetts is up next as we continue to update 2019 rankings while also recognizing top prospects, new names, and recent stock-risers.

Here's a rundown of everything you need to know about the top prospects in the Bay State.

It was little more than a year ago that James Bouknight's recruitment was just starting to get to the high-major level. At the time, his immense tools were already obvious but he was just starting to put them all together. He began to emerge at an increasingly rapid rate during his junior season but his ascension was put on hold when an injury cost him the entire spring. He returned in July and made national waves despite being less than 100%. Since then, Bouknight has committed to UConn and shown increasing signs of realizing his full potential. He's playing with a high-motor and begin to assert himself more frequently, all while showing the versatile offensive weapons and ultra-smooth attack that made him so intriguing in the first place.

The only top-five prospect new to the region in NMH forward Chris Ledlum. The New York native transferred in for his senior season, chose Harvard over several high-major offers, and has been putting up absolutely astounding numbers since, including a 50-point performance at the Scholar Roundball Classic. Ledlum has a powerful body, consistently improving skill set, and plays in constant attack mode. Harvard has a history of recruiting at a very high level under Tommy Amaker but Ledlum should be as impactful a freshman as they've had in some time next year.

Wilbraham & Monson guard Idan Tretout and Worcester Academy big man Mitch Doherty have both followed up strong grassroots campaigns with equal impressive opening months of the prep season. They are also now committed to Harvard and Albany respectively. Tretout is in the best shape of his life and both shooting the ball and making plays at an unprecedented rate. Doherty is cerebral and an elite passing big man who has led Worcester to a terrific start to the season. Recent Merrimack pledge Jordan Minor's rise has been well-documented in recent weeks but he's not alone as Redemption Christian's Jordan Kellier and Springfield Central's Hason Ward have been gaining traction as well. Cushing Academy's Kyle Murphy is playing some of the best basketball of his career as well, especially in the last month.

Dexter School's Charles Coleman (#5), Doherty (#9), and Moses Flowers (#11) are all Massachusetts natives. JE Burke shot-maker Levar Williams is the top ranked prospect in the MIAA while O'Bryant's Rivaldo Soares is close behind.