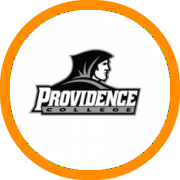 In the ten years that Driscoll was on the BABC sidelines the storied AAU program won eight national championships and produced 52 division I players.

"I've been influenced by some great people in the basketball world, and none more so than Leo Papile," Driscoll said. "At the BABC, effort, execution and toughness are simply non-negotiable and I don't know any other way to approach the game. I can't wait to get to work for Coach Davis with this same approach."

Driscoll’s presence on the Providence sideline will both put to rest any rumors of Gerard Coleman’s potential unhappiness while also providing the Friars with an immediate recruiting pipeline to the BABC as well as other Nike sponsored AAU programs with which BABC has longstanding ties.

BABC head coach and founder Leo Papile, who also serves as Assistant Executive Director of Basketball Operations for the Boston Celtics, says that Driscoll’s contributions to the Providence staff will extend far beyond the world of recruiting.

“Some people will mislabel this as a recruiting hire,” Papile said, “certainly that will be a portion of it because of how plugged in Chris is to the EYBL [Nike Elite Youth Basketball League], but Providence is getting a law and order guy who brings discipline as well as someone who has developed terrific basketball acumen to our system.  Specifically, defensively I think he can be an asset to anyone.”

With the unparalleled success that BABC has had over the last three decades, talent is an obvious requirement, but the program’s defensive philosophy has also been at the root of each and every one of their championships.

BABC’s dominant run to the sixteen-and-under title at the Rumble in the Bronx was just the most recent example.  Holding opponents to 29, 33, 30, 31, and 45 points through the semi-finals, BABC executed their game plan to perfection and put on a defensive clinic.

“We try to be like a football team who controls the line of scrimmage,” Papile explained.  “With our three quarter court pressure back to half court we want to play 60 to 70% of the game from foul line to foul line and force a three to one turnover ratio with our opponent.”

And while BABC will certainly miss having Driscoll on the sidelines, his ascension to the college level is only another victory for the program.

“For us it only makes us stronger,” said Papile, “getting him up in the Big East, he joins a long and distinguished list of alums.”

That list includes the likes of Mike Jarvis, Karl Hobbs, Tim O’Shea, Tom O’Shea, Bill Raynor, Shawn Hood, and Sean Ryan who all planted roots with the BABC program before taking their coaching career to the college level.  Other BABC alums including Mike Procopio, Brian Keefe, and Pat Bradley have gone on to careers in professional basketball.

While Papile says guys like Brian Kelly and Eggie McCrae will see increased roles on the BABC sidelines and hopefully be the next in line to make the jump to the college level, he says Driscoll’s hiring really serves as a victory for the entire New England basketball community.

“It is good for all the club basketball guys in New England, because it legitimizes what we do,” he said.  “From Vin Pastore, to Mike Crotty Jr. taking over for his father, to John Carroll who has been a head coach in college and the NBA, our brand of basketball in the region is terrific and a big reason is the coaching.”