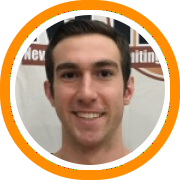 The Illinois native recently accepted a full athletic scholarship from Bentley University and will join one of the NE-10's proudest programs next year.

Blust went under-recruited throughout most of his post-graduate season but is bound to be a valuable piece of the rotation for the Falcons next season.

There weren't many more unselfish players in the New England prep ranks as Blust was always willing to play a role, give maximum effort, and do his part. He provides a heady and versatile player who can both space the floor and post smaller guys offensively while also guarding multiple positions on the defensive end. He's known for being a good teammate, hard-worker, and high character.

In short, he's the type of player whose contributions can rarely be measured by the stat sheet at the end of the game.

Below are some of the highlights from his post-graduate year.