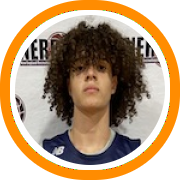 When we walked into the Bristol Sports Armory last week to see Connecticut Passion practice, we didn’t know what to expect.

The roster wasn’t full of big names and sometimes there can be a big difference between players and programs that want exposure and those that are ready for it.

As it turns out, the Passion were the latter.

Not only did they have several prospects who are already college prospects, and several more on the verge of that status with continued hard-work, but the practice itself was one of the better ones we’d seen on the Be Seen Tour.

It starts with coaching, and program director Dean Edwards does a great job on that front, but it extends beyond that as well.

The players really competed, and they did it in a positive way. Everyone was playing hard but they were sharing the ball and being good teammate.

Culture is an over-used buzz word these days, but the Passion are one of the few programs we’ve seen this summer who can legitimately talk about what they’ve built in that department, and it starts from the top down when it comes to the players.

That’s just part of Kyle Lombardi’s value as the Holy Cross product looks like a coach on the floor. His understanding of concepts is very high, as is his basketball IQ, and he’s a good passer to match. At 6-foot-4, Lombardi is very versatile in the backcourt. He’s got unorthodox shooting mechanics, but he can make shots. He’s also a good offensive rebounder, who gets easy points by crashing the glass.

Simsbury’s Ian Calabrese was one of the first guards to stand-out. This is a prospect that first appeared on our radar at last fall’s Connecticut Open Gym but has clearly taken his game to new levels since. He’s quick on both ends of the floor but also skilled. He was a true three-range scoring threat on this night, making a series of pull-ups and threes alike.

Matt Walker, from Hall High School, is an electric guard who had a gear beyond most others in the gym and was able to utilize it on both ends of the floor. His ability to start and stop on a dime allowed him to create separation with his dribble virtually on demand. When his shot was falling, he could change the game defensively with his ability to guard, and pressure, the ball.

St Paul’s Tommy Lorenzetti was another impressive guard as his motor and energy level differentiated him, even in a gym where everyone was going hard. That’s not a nice way of saying he worked hard but wasn’t quite as productive as others. Just the opposite, he had a strong body, was consistently able to make plays off the bounce, and also knocked down a couple of threes, and still stood-out with his overall approach.

Bristol Eastern’s Elijah Parent looked like the team’s most natural true point guard, utilizing what appeared to be an instinctive feel for the game. He played with his head up, advanced the ball in the open floor, was sound fundamentally across the board, and a very reliable decision-maker. He also didn’t hesitate to let his jumper fly from three, showing an ability to make open rhythm shots himself.

Matt Rivera is another guard with very clear talent. In fact, he has all the tools to play the game at the next level, if he’s willing to buy into playing the right way. The Classical guard is well-built, athletic off two-feet, and has solid early skills with the ball to keep developing, but he has to learn to pick his spots, take better shots, and play within the flow of the game.

On a largely perimeter-oriented team, Rob Shelansky and Jacob Smith are the players relied on to bang with bigger guys up front. At 6-foot-5, Shelansky has the most size on the team and is a scoring threat from 15-feet and in with a good build, soft touch around the rim and even a little bit of a jump hook that he utilized effectively.

Pound for pound, Smith may be the toughest guy on the team. At 6-foot-1, his ability to rebound in traffic was very impressive. He ripped away 50/50 balls and had good hands. He also stood out with his passing, zipping balls around the perimeter and even throwing one impressive hook pass along the baseline.

Hale-Ray’s Loudon Chupas is just entering his junior year and is already a well-rounded player with an efficient and versatile floor-game. The lefty has a soft touch out to the three-point line, is a reliable ball-handler, and made tough finishes with both hands.

The program also has a pair of underclassmen in Farmington sophomore Chad Rizzo and Hall’s Cooper Griffin. Rizzo is highly skilled and maybe the best pure shooter on the team. He has a compact and fluid stroke from behind the three-point line that is very reliable but can also get his feet set coming off screens. He even had a good shot-fake and deceptively quick first-step after utilizing it.

Griffin probably had more long-term upside than anyone in the gym. That doesn’t mean he’s a lock to be the best player one day, because he’s still got a long way to go, but there’s several early markers to be optimistic about. He has good size on the wing, a lot of untapped physical upside, and soft natural touch to keep developing as a shooter off both the catch and the dribble.

From top to bottom, this was a group that exceeded our expectations, not just because of the amount of college prospects in attendance, but because of the quality of work that was being done in the practice itself. The players were competitive, getting coached, fully engaged, and good teammates…and that’s a recipe for them to not only become more than the sum of their parts, but to simultaneously take their individual games to new heights.