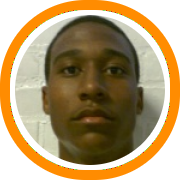 MANSFIELD, Mass. - It was a much-anticipated match-up and one with plenty of angles.  It was a match-up that you would think was that of two arch-rivals that have met many times, in the spirit of Red Sox/Yankees or, more appropriate to the context, Duke/North Carolina.  It was also one that almost didn't happen, even though prior to the tournament, the teams involved appeared to be on a collision course for just this occasion.

Sunday's Massachusetts 17-under AAU championship game between the New England Playaz and BABC did materialize, though.  In the semifinal round, the Playaz took advantage of Metro Boston giving the game away in the final minutes to pull out a three-point win after trailing for much of the second half.  That set the stage for the final, a matchup that is rarely possible as the two teams rarely play in the same tournament.  BABC plays in mostly Nike-sponsored events, while the Adidas-sponsored Playaz often travel to different tournaments.  The Playaz also feature several who once donned the BABC's black and gold during their careers, adding to the intrigue.

In the early going, it looked like it would be all BABC, as defense helped them open up an early 19-8 lead.  Along the way, Darryl Cato-Bishop (game-high 27 points) hit two three-pointers off the glass and set a tone for the game with his play at both ends.  As he often does, he brought his football player mentality with him and, as coach Leo Papile described later, was a man among boys.

His teammates followed suit, and at halftime, BABC held a 43-28 lead that looked like it would only get bigger in the second half.

But the Playaz weren't done fighting back from deficits.  They already came from being down by eight in the final minutes in the semifinal, and appeared to have another rally in them.  They scored the first 14 points of the second half to get within one, carrying all the momentum.  Just as quickly, they shot themselves in the foot with turnovers that helped BABC add to the lead.

A key stretch came later when the Playaz rallied again to within 57-54.  BABC went on to score the next nine points, basically putting the game out of reach as they went on to a 70-64 win to take home the 17-under title.

Cato-Bishop showed once again that he just wins, as he doesn't ordinarily lead his team in scoring but did so in this game.  He set the tone early, then later scored on a variety of drives to the basket, at times slashing right through a gap in the defense and not being stopped.  It can't be stressed enough that while he doesn't have a particular skill that really stands out, he simply does things that help his team win games.

Phil Pressey capped an excellent tournament with 17 points, making another array of great passes, at times to teammates probably no one knew were open but him.  In a matchup of two points guards thought to be the best in New England, he got the better of Nadir Tharpe (10 points), who had a relatively non-descript showing in the tournament but played well in the final.

Gerard Coleman added 14 points and made a lot of big plays, especially in creating and scoring off Playaz turnovers.  Coleman has had a terrific spring, and throughout the tournament he was simply unstoppable once he got anywhere near the basket.  There are few in the northeast who can finish like he does, and he's also shown signs of a jump shot coming along as well.

Also making a number of key plays was Jamal Coombs-McDaniel, who scored eight points but as usual did much more than his scoring numbers would indicate.  Late in the game, he made several big plays at both ends of the floor, and there weren't many players who made more things happen on the court than he did.

The Playaz were led by Florida commit Erik Murphy, who scored 24 points in the title game after scoring 36 in the semifinal and 33 in an earlier game in the tournament.  Throughout the two weekends, whenever he got the ball near the basket, it was nearly automatic that it was going in.  Teams would throw an array of looks at him and have athletes flying to try to get the ball from him either off the catch or as he went up, and he constantly found a way to finish.  He also showed a nice touch shooting the ball when left open.

Tharpe was the only other member of the Playaz in double figures with 10, while Jordan Williams and Gabe Kindred each had nine.

On Saturday night, the Playaz lost Nate Lubick to a right knee injury.  Lubick was with the team in street clothes on Sunday and said the swelling was down dramatically from right after it happened, a hopeful sign that the injury is not serious.  The Playaz were also without Jason Morris who played with the team in the first weekend of the tournament and will rejoin them for the Bob Gibbons Tournament of Champions.

Nextplay.com has created a highlight reel of all the action from the championship game.  To check out the video please visit our home page.  Also be sure to visit www.nextplay.com to create your own highlight videos.