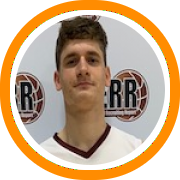 We've been rolling out NERR-TV videos from last week's Elite 75 College Showcase throughout the course of the last week.  It began with an event mixtape, video recap, and individual NERR-TV highlights care of Hoop Major.  In the last 48 hours, we've released interviews with 11 top prospects from the event utilizing YouTube, Twitter, and IGTV.  If you've missed any of that recent content you can find those interviews below with Anthony Morales, Keller Boothby, Ben Onek, Bryant Ciccio, Carlos… READ MORE >

St. Andrew's School and Albany City Rocks forward Myles Wilmoth announced a verbal commitment to Butler on Wednesday.  The 6-foot-9 forward is a New Jersey native who just completed his first year in the NEPSAC, where he not only helped lead St. Andrew's to the Class AA championship but also made significant strides with his individual game.  Wilmoth's progression was very noticeable this spring in the EYBL as he started to turn his huge potential into more consistent production.  Wilmoth… READ MORE >

Over the course of the last 48 hours we've been rolling out new NERR-TV highlights from last week's Elite 75 College Showcase on our various social media platforms. The videos are care of Hoop Major and feature the likes of Jarron Flynn, Sean James, Josh Jahnz, Emre Topcu, Fabio Goncalves, and Declan OSullivan.  The highlights also included a mix of the entire event as well as a recep from NERR founder and ESPN national recruiting analyst Adam Finkelstein.  If you… READ MORE > 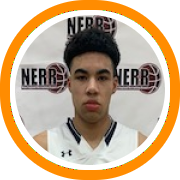 Hotchkiss School and NE6 rising senior Kyle Jenkins made a verbal commitment to Lafayette College over the weekend.  His decision comes less than three weeks after the Patriot League program first offered him a scholarship during an unofficial visit.  Jenkins is a Connecticut native who has spent the last two years at Hotchkiss and spent his entire grassroots career playing for the NE6 program.  "Kyle has led by example since arriving in the 10th grade," Hotchkiss head coach Yassine Talhaoui… READ MORE > 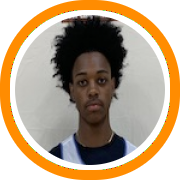 The NEPSAC held their second consecutive weekend showcase, welcoming players from across their numerous schools to Hamden Hall this weekend to play in front of college coaches during the new NCAA sanctioned recruiting period.  College coaches turned out in full force, which was an appropriate reward for the numerous NEPSAC coaches that volunteered their time to organize and operate the event for the benefit of their student athletes.  A handful of players picked up new offers, with more undoubtedly set… READ MORE >