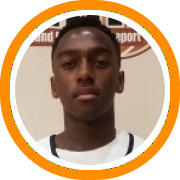 With pool play concluding in the morning, bracket play began in all age groups on Sunday afternoon throughout southeast Massachusetts. More than 700 teams were narrowed down a handful of teams who won their pool, and the following navigated the talent-filled playoff field & earned the right to be crowned Zero Gravity National Champions on Sunday afternoon.

In the varsity division, the quarterfinals featured Project Triple Threat (PTT) vs. New England Playaz. Tyler Thomas paced PTT early, creating offense for himself and for others. The Playaz depth wore PTT down as the game went on, as Chris Doherty came in and helped the Playaz pick up the energy. Chris Herren hit several big shots, and the Playaz advanced to the semis to face the Middlesex Magic.

Mass Rivals defeated Connecticut Basketball Club in the quarters behind a great performance from Dante Rivera, as he was hitting shots from all over the court. Tanahj Pettway was solid at the point, as well, for Rivals. Jaecee Martin & Matt Veretto paced CBC throughout the weekend. The Rivals win set up a semis matchup with BABC, who defeated Castle Athletics in a back and forth game in the final quarterfinal. Victor Potter sparked Castle early with his activity inside the paint, including a tip-dunk that had the gym buzzing. Despite Malachi de Sousa & Souleymane Koureissi (both of whom have received Division 1 offers this spring, including those in conferences as high as the Big 10 for Koureissi) providing additional offense in the first half, BABC went into the half with a 31-29 lead. Despite a huge scoring second half from Castle guard Jordan McAllister, Shandon Brown & Jakaigh Dotton were able to close out the game for BABC with big baskets inside the paint and outside the 3-point line late.

Several key players emerged for Rivals in their semifinals matchup with BABC. Tyler Burton made several jaw-dropping plays, as he is starting to increase his production as the spring rolls on. Pettway handled the ball against the BABC pressure late, and Akok Akok again proved to be a force inside. Rivals hung on late despite a furious comeback late. Rivals would face the Playaz in the final, as they hung on late against a feisty Middlesex Magic squad. Thomas Shaughnessy made shots from all over the floor and controlled the game from the point guard position, and Tommy O'Neil came up with big layups late off penetration. But Doherty was a load to handle inside, as he is always able to get back to his left hand to finish. Two last second shots fell short for the Magic, setting up the varsity final between Rivals and Playaz.

The Playaz drew first blood, but Akok & Burton got Rivals back in the game quick. Burton's shooting from the outside and Akok's rejection of any opponent coming in the lane meant that this would not be an easy game for the Playaz in the paint, as they went into the half with a 25-20 lead. As they had been so reliant on Doherty & Chuck Hannah inside, the Playaz got hot from outside in the second half. A Nate Laszewski 3-pointer off an offensive rebound put them up double digits with 10:30 to play in the game, and subsequent layups from Kai Towes & Ethan Wright sealed the deal. Tyson Walker was as consistent as a coach could ask for throughout the weekend for the Playaz, consistently setting his teammates up for easy baskets and being able to create his own offense, as the Playaz won the ZG Varsity DI National Championship, 58-40.