URI Gets a Good one 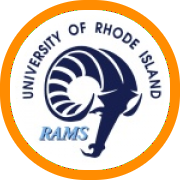 While former URI recruits Billy Baron and Kyle Cain are now heading on to high-major destinations, the Rams landed yet another big time prospect on Tuesday, wrestling six-foot-five swingman Tashwn Mabray away from the ACC.

Mabry is a lefty slashing wing player who starred at Rocky Mount Senior High School last year and ran with the CP3 All-Stars on the summer circuit.  He chose Rhode Island over Charlotte, Clemson, N.C. State, and UAB according to the Rocky Mount Telegram.

"I'm real excited. Overall, when I went up there, I liked the campus and the coaches. And one of the guys I already knew (Akeem Richmond). It seemed like a good fit for me," Mabry said.

ESPN rated Mabry a high-major talent, calling him a good athlete who can really score and is terrific in transition, explosive driving to the rim, and a good three-point shooter off the catch and dribble.