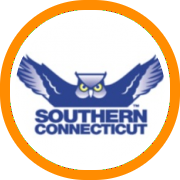 Southern Connecticut State University head coach Mike Donnelly is continuing to add to his recruiting class.  The most notable addition comes via transfer as Dominique Langston will be arriving following his freshman season at Quinnipiac.

Langston saw recruitment from Atlantic 10 schools prior to committing to Quinnipiac and was one of the top freshman guards in the NEC this season.  At Southern he'll team with his cousin Greg Langston who put up big numbers of his own during his freshman season this year.

Also joining the back-court will be Luke Houston, a five-foot-ten guard from Pearl River High School in New York and the Rockland County Player of the Year.  Houston will team with Tylon Smith Jr. who committed to the Owls earlier this winter.

Southern has also landed a commitment from Worcester Academy post-graduate Jose Cruz.  The six-foot-seven Shrewsbury, Massachusetts native will provide a major mismatch problem in the frontcourt where he has the size and high level athleticism to make plays in the paint but also the ball-handling and passing skills to facilitate for his teammates.

Two local Connecticut products will also be joining the program as recruited walk-ons.  Both are among the top shooters in the state in Christian Heritage's Kevin Clark and Maloney's Ryan Belote.