Rhode Island 2019 has Depth and a Star 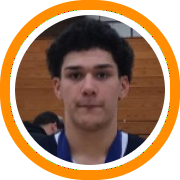 St. Andrew's guard Brycen Goodine is the undisputed top prospect in Rhode Island's 2019 class and that's nothing new as the Saints have had plenty of top ranked prospects in the Ocean State over the years.

What is actually unique about the Rhode Island junior class rankings is the amount of depth that exists beyond just the state's prep powerhouse. While St. Andrew's has a pair of prospects on the list (fellow guard Robert Baum currently holds down the 4th spot), Rocky Hill School actually has three (Tedrick Wilcox, Steven Lora, and Jay-Juan Hayes) and Cumberland has two from the RIIL ranks (Tyler Kolek and Jackson Zancan).

As for the specific order of the group, the only thing that is certain at the moment is that Goodine is first. Kolek currently sits in the second spot while Raspberry and Baum could certainly make a case of their own. Gray is healthy again and just starting to regain some of his old form while Wilcox is the type of high-upside player who could just keep improving with the necessary work.

You won't find many guards who are more impactful than Lora, who has gotten it done both during the prep and grassroots seasons, while Roman is a guy that could certainly climb this list as we get a chance to see more of him in the coming weeks and months. Hayes may be undersized but he's proven himself time and time again while Zancan has made nice strides to make his debut in the rankings.

Click here to view the Rhode Island 2019 rankings in their entirety.