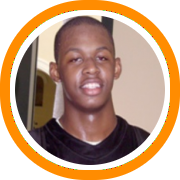 In-home visits have become pretty standard in the world of college recruiting.  An in-home visit is when a college coach travels to a prospect’s house to meet with him and his family.  It’s often a brief meeting, not lasting more than a couple of hours, that gives the coach an opportunity to sell himself, his school, and his program while answering any questions the prospect and family may have.

For Rod Odom, and many other prep school products like him, in-home visits are nearly impossible because they are boarding students, living at their prep school.

Georgia Tech head coach Paul Hewitt and assistant John O’Connell are set to visit in the morning followed by West Virginia head coach Bob Huggins and assistant Billy Hahn in the afternoon.  Arizona head coach Sean Miller and assistant Emmanuel “Book” Richardson will get the final visit of the day on Friday night.

Harvard and Vanderbilt are both scheduled to visit later in the weekend according to Middlesex head coach Jamie Gallagher.

Gallagher also tells us that Odom has visited Vanderbilt, Louisville, and West Virginia unofficially in recent weeks but has not yet gone to UConn despite multiple reports on the internet to the contrary.

“He’s tried to get up to UConn a couple of times and it just hasn’t worked out,” Gallagher said.

Odom has long been considered a player who had the potential to play at the highest levels of college basketball, but this summer he put it all together on a consistent basis as he showed coaches his full offensive arsenal from the perimeter.