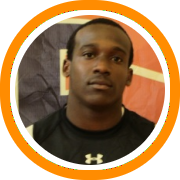 This was yet another summer that saw many of the NHIAA’s top prospects leave for the prep school ranks. Some of those players include Dimitri Floras, Devin Gilligan, Christian Iozza, Tom Nason and Matt Dean. Still, the cupboard is far from bare, as there is still much talent in the granite state’s public school ranks. And while the NHIAA hasn’t produced a ton of scholarship level players in recent years, the fact is New England is home to many competitive Division III conferences and programs, programs which recruit NHIAA players extensively.

I will be breaking down the top prospects in the NHIAA. Most of these players are very underrated.  We’ll start out with the Class of 2012.

Kamahl Walker, Portsmouth HS – Even though Walker had a breakout junior season at Portsmouth High last year, he is still flying under the radar since he was a virtual unknown before moving to Portsmouth from Worcester, MA last summer. Well, the word is now finally starting to get around about his talent, which is nice to see because he is a kid who really works hard and brings a lot to the table. Walker is a 5’10” scoring point guard who is explosive off the dribble, makes athletic drives and finishes at the rim and can also shoot the ball from the outside, as well as a strong mid-range pull-up. He plays the game at a fast pace without getting out of control with the ball and is also a tenacious defender.

Ryan Gauthier, Nashua High North – Gauthier makes it two point guards in a row at the top of the class. He was already a talented scorer, but over the course of the summer the 5’11” Gauthier really developed a better feel for the game, and is now just as good at setting his teammates up for easy baskets with fancy dishes as he is at scoring the ball himself. He’s quick has a good handle, a tight crossover and has become adept at running the pick and roll. Gauthier plays tough defense, can get to the rim and make plays and is a fierce competitor.

Trevor Fahmy, Bedford HS – Fahmy just keeps getting bigger and he keeps getting better. Now standing 6’8”, Fahmy’s game has rapidly improved, especially his footwork and assertiveness on offense. He now possesses a better understanding of how to obtain good position in the low post and use his size to his advantage, both when posting up and when going after rebounds. Fahmy is now a rebounding machine and is also very good at starting the break with a good, hard outlet pass after grabbing the board.

Gabe LaCount, Manchester Central HS – Silky smooth two-guard, LaCount is a player who the game comes easy to. Part of that is because he’s been playing varsity for central since he was a freshman and has been starting since he was a sophomore. Part of it is because he is a kid with a naturally calm demeanor. Regardless, Lacount is a smart player who isn’t fazed by big game situations. He can slash to the rim with tough dribble-drive moves, and also has a smooth catch-and-release jumper with good range.

Anthony Muccioli, Nashua High South – Another point guard who is fast and athletically gifted, Muccioli has also gotten a lot better since last season. He has now filled out his frame and is in excellent shape entering the season. Before Muccioli was known as a tough defender with a good mid-range jumper. He has now extended the range on his jumper out to the three point line, where he can consistently knock down shots with a fluid motion. He also attacks the rim and is one of the area’s quickest players.

Tyler Gendron, Merrimack HS – Like LaCount, Gendron is another player who is so smooth on the court that it almost seems like he’s not playing that hard. Of course he is playing hard, it’s just that the game comes easy to him and also he never seems to force anything or get out of control with the basketball. Gendron is the most versatile player in this class, since he’s 6’4” and not only has the size to play inside but he can also step outside and drain threes or put the ball on the floor. Gendron is also explosive when going to the rim and has the ability to play the game above the rim, both when finishing or getting up for boards.

Sylvere Aluko, Trinity HS – The one word that comes to mind when breaking down Aluko is upside. You can’t teach size, and at 6’10” this young man not only has the size to play center in college but he also runs the floor and blocks shots well enough to do it as well. The scary part is that Aluko has only played organized basketball for three years, so while he is still raw skill-wise he has a ton up upside as long as he puts the work in.

Brad Holler, Bishop Guertin HS – Holler is a tough, scrappy two-guard who competes hard doesn’t back down from anybody. He used to be known strictly as a long range bomber, but now in addition to being one of the state’s best shooters (he has in-the-gym range off the catch or offr the dribble), Holler has also developed into a very underrated passer and defender as well.

Logan Kesty, Bishop Guertin HS – Kesty is a 6’2” wing player with a real knack for scoring the basketball. He’s very good at moving without the ball to set himself up for open looks, has good mechanics on his shot and is especially accurate when shooting off the catch. He also has the strength to not only finish inside against bigger defenders but he has also become an improved rebounder.

Javon Williams, Nashua High North  – One of the more well known players from this class, Williams is one of the more athletically gifted players NH has seen in the last few years. He has speed to burn, makes shifty moves to split defenders when driving to the rim and can jump through the gyn. Williams excels in a fast, up tempo game, especially when getting out on the break and finishing at the rim. He can also hit the outside jumper, and does so with a high release on his shot.

Chris Light, Pinkerton Academy – Light is a gym rat who is always working on his game, and he’s now taken his game to the next level. He’s at his best when facing up and either sticking the 18 foot jumper in you give him room or if you play up in his he’ll go right by you off the dribble and get to the rim, where he has gotten very good at finishing, even over multiple defenders. The 6’3” Light used to be too skinny and weak to battle in the paint but he in addition to improving his overall skill set he has also filled out his frame.

Curtis Arsenault, Berlin HS – He plays at a small school way up north, so not as many folks know about him. But make no mistake, if you’re talking about the top NH players for 2012 you would be crazy to not mention Arsenault’s name. The 6’1” wing player is tough, strong and rugged, which allows him to finish inside, rebound and defend more like a kid who’s three or 4 inches taller. Still, being just 6’1” Arsenault needed to extend his game to the perimeter if he wanted to play college ball, and last season he did just that. He can now take his man off the dribble and although he is still more effective at creating havoc inside he has a much improved handle and outside shot.

Marcus Swedberg, Moultonborough HS – Like Arsenault, Swedberg is another player from a smaller school in the northern part of the state. He has also flown under the radar, but at 6’7” it’s getting harder for that to continue. He’s a face-up four man who can hit shots from 18-20 feet and can also put the ball on the floor and go to the rim. Swedberg is more of a finesse player who is better away from the basket. He is just now starting to gain experience playing in higher level games vs. elite competition, and combined with his size he has plenty of upside.

Jim Tomaswick, Alvirne HS – Tomaswick is 6’5” and is another face-up four man. He has filled out his frame, runs the floor well and he also plays soccer (goalie) and tennis which help him with agility and lateral quickness. Tomaswick has a solid mid-range jumper, which he can make consistently from the foul line, the baseline or the elbows. He plays hard, plays smart and lets the game come to him.