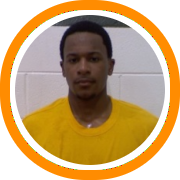 New Hampton post-graduate forward Kyle Cain recently received a release from the National Letter of Intent he signed with Rhode Island in November.

When Cain originally committed to Rhode Island, he did so with interest and offers from other schools like Northern Illinois, Wisconsin Green Bay, VCU, Nevada, Northern Iowa, and New Mexico.

The second time around the recruiting process and Cain has now accumulated a long list of potential high major suitors including Illinois, West Virginia, Alabama, and Arizona State according to New Hampton head coach Pete Hutchins.

Hutchins said that Cain would not be considering any other school in the Atlantic 10 out of respect for Rhode Island.

Cain took his first visit earlier this week when he traveled to the Illinois.  He is reportedly planning on visiting West Virginia as early as this weekend.

A six-foot-seven hybrid forward, Cain is an absolutely explosive athlete with some evolving face-up skills who is at his best in a fast-paced game.