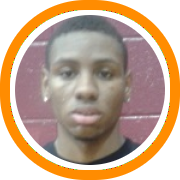 The race for the post-season promises to be especially competitive in Class B of the NEPSAC where 28 teams are competing for only 8 post-season births.  Here’s a look at some of the top contenders:

Beaver Country Day School – Jacquil Taylor and Jeff Spellman return to give BCD arguably the top returning inside-out tandem in Class B.  This duo isn’t just talented, they’re out to prove a point, as the Purdue bound big man looks to show he’s back to full strength following last year’s injury and Spellman looks to reassert himself as one of the region’s top guards.  There’s also plenty of youthful talent on this squad as well with sophomore point guard Keyshaun Jacobs, sophomore swingman Kent Ellerston, and the next talented Taylor brother, freshman Javon Taylor.

Brooks School – As consistent a staple as Class B has had in recent years, Brooks will be young this season but no less talented as they again look poised to make a deep run come March.  Sophomore point guard Ikenna Ndugba will run the show and take the reins of the program in just his second season, but he’ll have plenty of help.  Lavar Harewood and Ceasar Admin provide two athletic playmakers capable of attacking opposing defenses while Tamenang Choh is certain to emerge as a source of energy and toughness.  Six-foot-eight junior Aser Ghebremichael will also be pivotal to the team’s success.

Canterbury School – The late summer loss of rising sophomore Donovan Mitchell was certainly a blow, but this is a club that still has plenty of weapons in their arsenal.  They will be led by a trio of juniors in big man Brandon Aughburns, smooth guard Koree Hargraves, and attacking swingman Temar Hermelijn.  Freshman point guard Keith Rado should also provide a dependable presence in the backcourt.

Cheshire Academy – This very likely the best Cheshire Academy team we’ve seen in recent memory with size, depth, and star power alike.  It begins with post-graduates Wilfredo Rodriguez and Jordan Arthur, both of whom are capable of making huge debuts in New England.  Trinity Catholic graduate Brandon Wheeler is another post-graduate capable of having a big season while Brandon Spence will run the team from the point.  Sophomore guard Tyree Weston is a potential star in the making, and he’ll have the benefit of combining with Patchkie Kehoe and M.J. Kehoe for the next three years.  Additional depth is provided by senior swingman Matt Torrey and junior forward Dean Weiner.

Hoosac School – Much like Trinity Pawling in Class A, Hoosac is a New York based school hoping to capture a New England championship.  Their chances hinge on the play of super sophomore Unique McLean, an absolutely explosive athlete and dynamic playmaker, but he’ll need a supporting cast to emerge in order to make it through a tough Class B slate.

Noble & Greenough School – Nobles has a dynamic weapon of their own in the form of junior forward B.J. Martin.  The six-foot-six forward can fill up a stat sheet, but not unlike McLean, he’ll also need a dependable supporting cast to emerge in order to lead his team to a post-season run.

Rivers School – The Red Wings are among the top contenders with a deep line-up that features a blend of experience and youthful talent alike, not to mention one of the most battle tested lead guards in all of Class B.  Carlin Haymon returns for his final season at the helm of the Rivers’ ship along with fellow seniors Andrew Kaufman, Steve Carangelo, and Matt Prokop.  The veteran base is supplemented by a pair of sophomores, Justin Leip and Ross Carter, in addition to a particularly strong freshman class which features both Jermaine Samuels and Azar Swain, two of the most prominent 9th graders in all of New England.

Roxbury Latin School – Patrick Benzan will look to cap a storied high school career by leading RL deep into the post-season.  The do-it-all point guard will again be aided by a pair of talented juniors in Rohan Shukla and Steven Daley, as RL attempts to distinguish themselves in the ISL and Class B alike.

St. Mark’s – In their first season in Class B, the former AA powerhouse will rely on a three headed monster that includes a pair of juniors and one sophomore.  Aaron McLean will headline the interior while Jordan Scurry will provide a scorer on the wing and Marcos Echeverria will run the show in the backcourt.

Suffield – The defending Class B champions have another deep and talented team featuring a combination of returning contributors and new additions.  Christian Wilkins returns to anchor the team on the interior while the post-graduates Jared Harper, Brandon Feinberg, and Jerry Koutoufas will all play critical roles in the team’s success this season.  There is a plethora of veteran experiences with the likes of Brice McAllister, Tom Ianello, Matt Powers, and R.J Currey among others while sophomore Ellis Christmas will help build a bridge to the future.

Williston Northampton – There is a veteran core in place that should provide Williston with the type of stability necessary to be a consistent threat.  Matt Sulda will anchor the backcourt while the additions of Sam Blake and Joe OConnell will make them equally formidable on both wings.