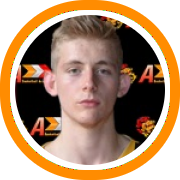 The prep school season is already upon us and so we’ve seen an early glimpse of who the favorites are in Class A. Chances are it will be some of the usual suspects – Phillips Exeter and Williston Northampton have combined to win the last three championships and both figure to be strong contenders against this year.

Those two programs locked up this past weekend at the Scholar Roundball Classic, with Exeter scoring a hard-nosed win in a defensive battle, but Williston responded by coming back a day later and earning a big win over local AA foe Commonwealth Academy.

The defending champions set the standard in the league for depth and experience. They return Jake Ross, Kyle Doucette, Sam Geschickter, Chris Hudson, Patrick Gallagher and Jake Wisniewski and that’s a core that spent the summer playing together on the AAU circuit after winning last year’s title. Ross is the team’s leader and alpha-dog while Doucette gives them a true post presence. Geschickter is a knockdown three-point shooter who is headed to Bentley next year while Hudson is a similar marksmen with a strong body to match. Wisniewski is a smart and savvy player while Gallagher is versatile and capable of playing multiple positions.

That core has been supplemented by the arrival of four new post-graduates – Matt Folger, Jamaal David, Isaiah Brooks and Josh Wolf. Folger is a long six-foot-eight forward with inside-out tools while David is probably the most naturally talented player on the team with great perimeter size and playmaking ability. Brooks is a true point guard and scholarship caliber talent from California while Wolf is another post player who has already accepted a spot as a recruited walk-on at Lehigh next year. In total, head coach Mike Shelton’s squad goes a legit ten deep and all ten are either seniors or post-grads and so the defending champions have experience, depth and continuity all in their favor.

Jay Tilton’s Exeter squad is another team that can throw two waves of college prospects at you. They too have a strong returning core supplemented by the arrival of new talent. Dartmouth pledge James Foye headlines the returners. A knockdown southpaw shooter, Foye is also an exemplary defender and quality ball-handler and so it’s his total floor game and versatility that are actually most valuable. Perry DeLorenzo, another knockdown shooter and emerging scorer, joins Foye in the senior class along with Max Kirsch, a much-improved 6-foot-5 forward who has developed the ability to play both in the post as well as facing the basket. Kirsch’s younger brother, Mitchell Kirsch, is a returning junior who provides another outstanding three-pointer shooter and high I.Q. player.

The newcomers are headlined by former Newton North star Tommy Mobley, who is as good of a shooter as there is in New England and has already established himself as a leader on this team. He’s joined by Jack Alberding and Cooxooeil Black. Alberding is a versatile 6-foot-6 perimeter forward while Black is a very intriguing player who can operate from both the low and high posts and has a great wingspan. Bryce Daley, a transfer from Pittsfield High School, provides a potentially dynamic playmaker in the sophomore class. Ultimately, Exeter has depth and terrific positional balance through their line-up, but where they really separate themselves is behind the three-point line as one of the best shooting teams in all of New England. A recipe which they hope will lead them to their third NEPSAC title in the last four years.

While Williston and Exeter are unique because of the sheer number of college prospects on their rosters, they certainly aren’t the only teams capable of being contenders in Class A. Here’s a rundown of some of the others.

Avon Old Farms – This is Tim Roller’s most talented team in recent memory and their first five is capable of playing with anyone. Isaiah Nichols could wind up being one of the very best players in the entire league while his wing man, Rocket Henderson, is another talented division I prospect from California. Nichols is a big guard who can hande the ball, make plays and knock down shots from long-range to keep defenders honest while Henderson is a very good shooter and potentially talented defender with a terrific physique. Packy Witkowski played a big role a year ago and is ready to headline the supporting cast this year while Brandon Arnold is another returning guard with the ability to have a breakout year. Brandon Arnold and Nathan Bergin will also be important components this year.

Kent – Maxime Boursiquot is another player who could immediately assert himself as one of the best in the league. Equally important though is that he has the motor and sheer intensity to raise the level of the game of those around him. Holy Cross bound big man Jack Stevens and Kena Gilmour headline the returning core for head coach Jason Coulombe. Stevens gets up and down the floor well and can pull opposing big men away from the basket with his shooting range while Gilmour is an athletic southpaw with good size on the wing. Kylan Guerra is a skilled shot-maker and proven scorer who will make an immediate impact in the backcourt, while Liam Harris provides another weapon from the three-point line. Jamil Gambari is another incoming post-graduate who could play a big role.

Suffield Academy – Yale pledge Miye Oni is another talented post-graduate who comes to Class A from California. A 6-foot-7 swingman with good athleticism, skill and playmaking ability, he has as much sheer talent as anyone in the league. The return of junior big man Garrett Stephenson gives head coach Jeff Depelteau one of the most dependable interior scorers in the league while Tyreek Scott-Grayson and Griffin Kornaker are two incoming juniors who have already proven themselves to be invaluable. Elijah Wilson and Ellis Christmas are two returning seniors who will take on leadership roles this season after helping the Tigers get to the Class A finals a year ago. Wilson is a powerful match-up problem and lock-down defender while Christmas is an attacking guard with an improved jumper.

Belmont Hill – They may not be ready to contend just yet but Belmont Hill is a program on the rise with two of the top sophomores, not just in Class A but in all of New England, in David Mitchell and Jovan Jones.

Choate Rosemary Hall – Myles Cherry is a talented big man from Australia while Owen de Graaf and Sunny Piplani are other talented frontcourt pieces once they get healthy. The backcourt is led by Ethan Schlager, Ray Featherston and Colin Donovan.

Hotchkiss – The arrival of Elijah Bailey, a post-graduate from Long Island Lutheran, provides another perimeter weapon next to junior Pierre Coffey and senior guard Christian Porydzy. Hotchkiss opened the year with league wins over T-P and Salisbury.

Loomis Chaffee – Sophomore big men Jake Glezen and Nelson Boachie-Yiadom give this team a very bright future but the 2016 class will help them compete right away with Andre Ferguson, Frank Oftring, Cobey Adekanbi and Buzz Watson.

Milton Academy – Nick Tupanjanin, who began his senior with a 29 point outburst at the Scholar Roundball Classic, and Jonny Blaize provide a talented and experienced perimeter tandem while incoming sophomore Cormac Ryan should be an immediate contributor.

Phillips Andover – Danny Evans, a post-graduate from England, is one of Andover’s most talented prospects in recent memory while Hallvard Lundevall provides a three-point marksmen, Sam Jefferson a versatile wing and Matt Weso a hard-nosed post player.

Salisbury – Harlan Dodson has replaced longtime head coach Jeff Ruskin on the sidelines and he has a pair of talented guards to lead his line-up in Kendrick Jolin, who returns for his senior year, and post-graduate Laterrance Reed, the New York state Class A Player of the Year last year.

St. Sebastian’s – Matt Karpowicz should be ready to emerge as one of the league’s top interior threats while the Tate brothers, Dana Tate and Daman Tate, provide two highly talented youngsters who will contribute now and build towards a bright future.

Tabor Academy – Brandon Beloti looked to be the top offensive threat this weekend while Jason Bird can get it going from the perimeter as well as Akim Sanni is a talent inside the paint. Freshmen Noah Fernandes has a bright future for the program as well.