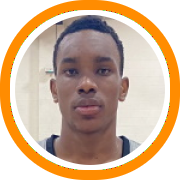 This weekend's Northeast Hoops Festival proved to be bigger and better than ever before, not just in terms of the quantity and quality of talent on hand but also in the amount of buzz it generated on social media.

On Monday, the All-Tournament Teams were announced by NERR, Zero Gravity, and Grassroots XL.

Stay tuned to Grassroots XL and NERR today for the release of the Best Available Seniors, All-Academic Team, and Underclassmen Standouts.

Loaded field this weekend at the #NEHF with tons of talent in the building, but these six set themselves apart in terms of their long-term projection. pic.twitter.com/c3ii332pUu