Nate Tomlinson Headed to the Big 12 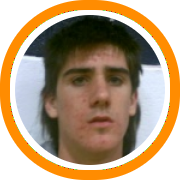 Nate Tomlinson has proved all of his critics wrong and is headed to the high major level.  The Australian native who is entering his second season running the team at Lee Academy will join Jeff Bzdelik’s first recruiting class at Colorado.

“Nate combines a high basketball I.Q. with great shooting and passing skills,” says Bzdelik.  “Both of his parents have a rich basketball background in Australia.”

Tomlinson’s holds a pretty extensive background in Australia himself as he spent last summer running the point for the 19 and under national team.  Because of those responsibilities, Tomlinson has never been able to play on the summer AAU circuit.  Consequently we believe he may have actually been under-recruited as a player of Tomlinson’s intelligence, skills, and confidence would have likely been pursued by a wide variety of high-majors had he competed on the July.

Nevertheless, his signing is an important acquisition for Colorado.  Bzdelik, the former Air Force and Denver Nuggets Head Coach, brought in five players as part of his first Buffs recruiting class and hand picked Tomlinson to run his team.

Tomlinson is a player who can be successful in a number of styles.  His ability to get into the lane and find shooters will be at a high premium given the spacing and long distance shooting that Colorado’s system emphasizes.  His own shooting prowess will also be important given the ball movement that Bzdelik’s teams usually play with.

But what may be more important than any one particular skill are the intangibles that Tomlinson brings to his position.  He is an extremely confident player who is perhaps the best pure passer New England has to offer.  Consequently, he will be a player that teammates enjoy playing with and coaches feel comfortable giving the reigns to.