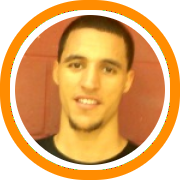 Having seen steady recruitment throughout the season, Peterson's interest became heavier as of late when he ended up being one of the best perimeter players left on the market.

Having ultimately earned his choice of mid-major programs, with more than a few sniffs from the highest levels, the Minnesota native decided to play in the Atlantic 10 on Sunday when he committed to LaSalle.

LaSalle had been recruiting Peterson since he first arrived at Lee in September and ultimately were rewarded for their hard work and perseverence.

A six-foot-five lefty with a complete floor game, Peterson is capable of playing all three periemter positions thanks to his versatile ball skills and high basketball I.Q.  Probably best suited on the wing thanks to his deep shooting range and ability to create space with his dribble, he should be a steady four year contributor for LaSalle.