Hyde Duo off the Board 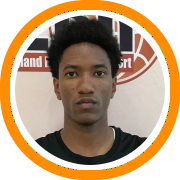 The Hyde School tandem of Frankyn Batista and Christian Beeke have both finalized their recruitment this week as Batista will be headed to Hutchinson Community College in Kansas on a full athletic scholarship and Beeke to Rock Mountain College in Montana.

Hutchinson is a well-known division I junior college which regularly produces D1 recruits while Rocky Mountain is a D1 NAIA school.

Batista has made tremendous strides in the last year and really started to make a name for himself last spring and summer when he played a starring role for a Rhode Island Elite team that won the Northeast Hoops Festival and made deep runs at a number of other prestigious events.

"I am extremely proud of Fran," said RI Elite director Nick Light, "coming from the Dominican Republic and being the first in his family to attend college is an amazing accomplishment."

Batista first arrived in the U.S. in the summer of 2016 without being able to speak barely any English. He spent a year at Redemption Christian Academy before transferring to Hyde in the fall of 2017, working as hard in the classroom as he did on the court.

Because of his late start, he wouldn't have been able to hit certain benchmarks required by the NCAA Eligibility Center to earn a division I scholarship this year. He nevertheless held multiple division II offers before opting to go the junior college route, where he'll graduate with an associate's degree and two years of eligibility in the spring of 2021.

On the court, Batista is an athletic and ultra-fluid 6-foot-5 wing who has seen his skill set and game instincts start to catch-up with his physical tools in the last year.