The schedule has been announced for the inaugural HoopHall Prep Showcase, which is coming to American International College and Springfield, Massachusetts on Martin Luther King Jr. weekend in January.

Held just one mile away from Blake Arena and the Spalding HoopHall Classic, the HoopHall Prep Showcase will host top prep programs from around the country for three full days of action as part of a basketball festival that will blanket the city of Springfield over the course of the weekend. 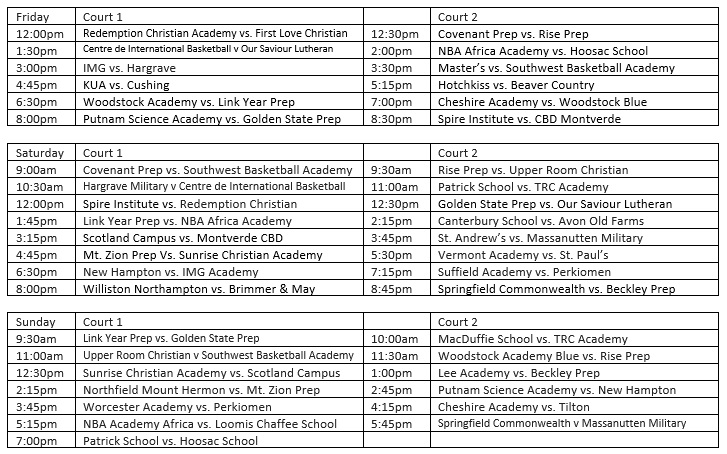