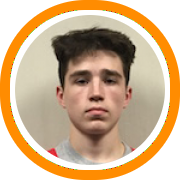 The Elite 75 Academic Experience New York is a unique event because the entire staff is comprised of college coaches at high academic colleges & universities.  High academic student-athletes from New England, New York, New Jersey, Pennsylvania & Florida flocked to the Brewster Sports Center in Brewster, NY with the goal of impressing coaches from prestigious leagues such as the NESCAC, UAA, NEWMAC, Centennial Conference, and others.

Like all Elite 75 events, the focus is not entirely on games, but on skill development and teaching players how to play the way the game is being played today.  Lead by Cushing Academy head coach James Cormier, all participants went through a skill development session, followed by competitive breakdown drills focused both on 1-on-1 and how to play using ball screens in a 3-on-3 setting.  These breakdowns give college coaches another setting to evaluate all prospects in attendance.

The following seniors & post-graduates stood out to the NERR staff throughout the day on Sunday:

Jackson Meshanic (Kingswood Oxford, 2018)- The 6'6 big puts in so much effort down in the paint.  He goes after every rebound & is able to corral them more often than not.  He keeps the ball high off the catch and follows up misses quickly on the offensive end, not holding the ball for defenders to grab it.  His back to the basket moves have improved dramatically, as well.

Matt Havey (IMG Academy, 2018)- With several D2 offers in hand and D1 coaches scheduled to come see him play, Havey can really shoot the basketball.  A very confident guard, Havey drilled shots all day long from deep and off the bounce.  He is undeterred if he misses a few shots, as he always thinks the next one is going in.

Nick Casiano (Kingswood Oxford, 2018)- A lanky guard with skill, Casiano is a threat to drive or shoot it.  He has a quick release on his jumper, and gets to the rim when he is able to go by his defender.

Brian Noone (Fairfield Prep, 2018)- A creative finisher around the basket, Noone is a solid all-around player.  He can shoot from deep, but also showed a little flair to his game with the ability to pass the ball.  Every time we looked up, he seemed to make a play that impressed.

Andrew Kelly (Malvern Prep, 2018)- The lefty wing has a good build and an exceptional feel for the game.  He uses his shot fake very well, and gets his pull up jumper off quickly.  A lot of coaches were flipping through their packets looking for Kelly's info by the time the day concluded.

Salif Cisse (IMG Academy, 2018)- At 6'9 and a true post man, Cisse is armed with good touch around the rim.  He has the frame to create space inside, and he does an exceptional job of locating his defender on the block and creating an easy angle for him to score.

Jonathan Hu (Lewis Mills, 2018)- Another big who is hard to move inside, Hu fights hard for position inside and goes after every rebound.  He also made plays driving the ball to the basket from the high post, and his versatility at 6'7 will be of value at the next level.

Ahmad Diallo (IMG Academy, 2018)- With a quick burst to the hoop, Diallo is one to watch in the open court.  At his best on the break, Diallo has the ability to push the ball himself or run the outside lane and is ready to finish at the rim.

John Coleman (Watkinson, 2018)- A quick point guard, Coleman makes great reads off ball screens and has vision of the entire court, understanding that a ball screen is more than just a two-man game.

Anthony Moynihan (Easthampton HS, 2018)- While being able to distribute the ball to his teammates and keep the ball moving, Moynihan also proved to defenses that he needs to be guarded outside & closed out hard on, too.  When defenders went under ball screens, the Easthampton product was not afraid to pull right behind the screen.

Tommy Carver (Ridgewood HS, 2018)- The NJ product is a tough guard who plays hard and can make shots.  His court vision is noteworthy, as he saw his teammates cutting in the lane and (off the bounce) hit them for easy baskets at several point over the course of the day.

Carter Wildey (IMG Academy, 2018)- The 6'2 guard has a compact shot that does not require a lot of time or space to get off.  He proved he can make shots moving in either directions, too.

Joey Belli (Wayne Hills HS)- Another New Jersey native that made the trip up to Brewster for the day, Belli creates pace with his head up, hands out crafty assists, and is skilled with his individual offense as he shakes defenders with ease and is also a consistent shooting threat.

Graesen Meystedt (IMG Academy, 2018)- Meystedt was one of the more consistent shooters in the field.  When his feet are set, he is deadly from beyond the arc.  His strong upper body allows him to take contact from physical defenders, too.