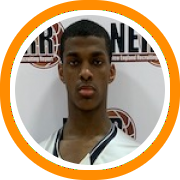 The decision will bring Beyah back closer to his home in Utica, New York after spending two years in the New England prep school ranks.

Both he and Cheshire Academy announced the commitment via social media.

"I'm really happy for Asa," said Cheshire Academy head coach Jim McCarthy. "Canisius is getting a tough, hard working, versatile player who can impact the game in a variety of ways - scoring, defending, and making plays for others."

Beyah averaged 18 points and 6 rebounds last year for Cheshire while quickly developing a reputation for his high-motor and tenacity on both ends of the court.

He picked up his first division I offer less than a month after arriving at Cheshire last fall and went on to add other offers from seven other low to mid-major programs before ultimately deciding on the chance to head back closer to home.