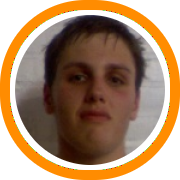 Ben Crenca is a Catamount…or at least he will be beginning in the fall of 2009.  The big man from Worcester Academy gave Vermont head coach Mike Lonergan a verbal commitment on Sunday afternoon.

His commitment ends what had been a long and local recruiting battle, as there were a plethora of schools from the northeast hoping to land one of the few true low post players available this year.  In fact, Crenca’s long list of scholarship offers included schools in the Atlantic 10, CAA, and MAAC among others.

But ultimately, the Rhode Island native opted to spurn opportunities to play in higher ranked conferences for the peace of mind of going to the place where he simply felt the most comfortable.

“When I was on their campus I knew that was the place I wanted to be,” Crenca said of Vermont.  “That feeling just stuck in my head throughout the summer, and ultimately it was the deciding factor.”

“I said to myself ‘maybe in the fall I could get looked at by a school at an even higher level.’  But all they would be looking for is a spot to fill,” he conceded.  “When I get to Vermont I think I can be a contributing factor right away.”

Crenca should have every opportunity to be just that.  In fact, the Rhode Island native has the potential to develop into an impact player for the Catamounts, perhaps even sooner rather than later.

With Vermont’s emphasis on low post play inside of their flex offense, big men like Crenca who can score with their back to the basket are at a premium.  Furthermore, the Catamounts may not have another player on their roster that is quite as consistent as Crenca at putting the ball in the basket from the block.

In other words, the big man has a chance to be one of the pillars of the Vermont program for the next four years, as they try to get over the hump and make the NCAA tournament for the first time under Longergan’s leadership, having already advanced to the championship game three times in the last four years.

Crenca explained his decision succinctly when he said, “I know I can play at Vermont.  I will have a happy four years there, and hopefully we’ll win the America East every year.”