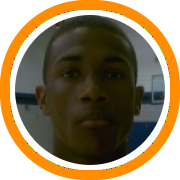 Behind the leadership of first year head coach Mitch Oliver, the Albertus Magnus basketball program has a bright future.  Prior to this year Albertus was often viewed as a program that couldn’t hope to compete with some of the stronger colleges in the area, both on the court and in the recruiting world.  But the former Quinnipiac and Sacred Heart assistant coach is relying on his strong ties to the greater New Haven area to bring in a recruiting class that features both star power and depth.

Andrae Beckford could be the gem of the class.  The Kolbe Cathedral (Bridgeport, CT) big man is a very impressive athlete with a rapidly developing skill set.  Not only is he a terrific run and jump athlete who consequently thrives in Kolbe’s system, but he also posts hard, finishes well, and can knock down a jumper all the way to 18 feet.  In short, he is a scholarship level talent who should have every opportunity to make an immediate impact next season.

Bunnell High School’s (Stratford, CT) Ryan Butler has also made a verbal commitment.  The swingman is very talented player who is still fairly raw.  If Oliver is able to draw out those abilities and get Butler to perform on a consistent basis, than he is another player who should have a very successful college career.

But it is not just players from this year’s senior class who will join the Albertus program next year, as Oliver has reached out to other players with roots in the area, most notably Anthony Brown and Byron Reeves.

Brown starred for Wilbur Cross three years ago when he was recruited by a variety of division I schools before heading to UConn-Avery Point for a semester.  At Avery Point, he averaged 25 points and 14 rebounds.  With incredible athleticism, an uncanny ability to attack the rim, and much improved perimeter jumper shot, the New Haven native has a chance to be one of the GNAC’s best players as soon as he sets foot on the court.  He also has three years of remaining eligibility.

Reeves is already enrolled at Albertus, but will not begin playing until next year when he will have four full years of eligibility.  Around the same time that Brown was starring for Wilbrus Cross, Reeves and current URI forward Lamont Ulmer were leading Hamden High School through one of their most successful periods.  Reeves is the prototypical point guard who doesn’t need a lot of shots to be productive, has great leadership skills, and does all of the little things necessary to get wins.

With Oliver still actively recruiting, this class will undoubtedly go down in history as the best in school history.  He has already put together a five man unit that could conceivably come right in and start, and immediately make Albertus a team to be reckoned with in the GNAC.