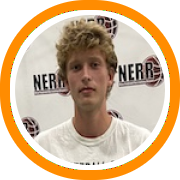 Updated rankings have been long overdue to say the least.

However, we’ve never ranked on reputation alone, and so it didn’t seem right to update rankings until we had a chance to get back on the road.

While the Be Seen Tour has had us back on the road since late July, we still haven’t been able to check on everyone just yet, and certainly haven’t seen all the new faces to the region.

So, instead of a full-fledged re-ranking in the class of 2021, we’re only going to make the modifications that have become clear during our recent travels.

We’re also not yet including new players to the region, since we haven’t been able to see all of them just yet.

So, consider this an updated version of New England’s best returning prospects in the class of 2021 with updated links below and stay tuned to the site for an upcoming similar update for 2022.