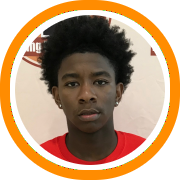 We'll begin our annual look at New England's top programs in the most logical spot - the defending national champions.

At this time last year, no one was expecting Putnam Science Academy to be on the verge of their first national championship. In fact, most people were just curious to see how they would evolve in their first full season in recent memory without Hamidou Diallo.

What they went on to do was have a truly magical season and knock off virtually every top challenger en route to the championship. In so doing they solidified the culture of their program, not as depending on any one player, but on their depth, talent, and blue collar approach. For as much as last year season will be remembered for the way it culminated in a championship, that was only because players like Jose Perez, Josh Mballa, and especially Kyle Lofton and Osun Osunniyi all ended up taking their games to unprecedented levels.

Another player who made a rapid rise last year was Akok Akok, who went from a sophomore who rarely got off the bench to a two-way game changer as a junior. Akok became New England's top ranked prospect in the process and now returns for his senior season with the challenge of taking on a leadership role for a team that now has the X firmly on their back.

DeMarr Ashton-Langford is yet another prospect who rapidly emerged last year and ended up making major contributions, especially on the defensive end, in the national tournament. This fall, his offense looks to be catching up to his defense as he's attacking more aggressively, shooting the ball with more confidence, and putting the time in to develop his game.

Also part of that 2020 class is Hassan Diarra, Kareem Reid, and Alpha Diallo. Diarra, the younger brother of UConn big man and former PSA product Mamadou Diarra, also played an important role off the bench last year but unfortunately missed most of the grassroots season with injury. Reid is a long and highly talented lefty forward with a world of upside. Diallo, Hamidou's younger brother, is a developing point guard.

Local product Dan Porcic is back for his senior year and looks to be in the best shape of his career and able to provide a pure marksmen from behind the arc.

The most notable additions are transfers from the local tri-state area in former Long Island Lutheran guard Tyson Etienne and Immaculate Conception forward Justin Winston. Etienne is a scoring guard with a powerful body while Winston is an athletic forward with developing versatility on both ends. Mohamed Sylla is a mountain of a man in the middle who could also contend for a spot in the starting line-up.

Charles Pride fits the hard-working, gritty pedigree that PSA has become known for. Also in the backcourt, John Buggs is a scoring guard who can get buckets at all three levels while Justin Rodriguez is an over-achieving guard who has exceeded expectations in his first week in Putnam. His grassroots teammate with L&L Running Rebels, Tyler Henry, is yet another scholarship prospect. Nathaniel Stokes, a skilled 6-foot-8 forward from Seattle, will add another weapon to the frontline.

The 2018-19 version of the Mustangs is high on experience, not just in terms of returning players but also with regard to age. The "young" contributors on this year's team are already in the class of 2020 where they'll join the core of Ashton-Langford, Diarra, Reid, and Diallo. Tops among the 2020 newcomers is big man Abou Ousmane, who made his New England debut with NE6 last spring and summer. The wide-bodied, but skilled, big man has a wealth of tools and potential to develop in the coming year. Marty Silvera, a nearby Worcester native, brings another familiar name after his years with the Mass Rivals and one who should be poised to make an immediate contribution year. Finally, Luc Brittain is a 6-foot-6 forward from nearby Willimantic, Connecticut who already holds steady division II recruitment and will be getting his first taste of high level competition.

Talent is obvious but depth is just as important. This year's Putnam Science Academy team features 12 players who already hold divisoin I offers and a handful of others with a very good chance to go to college for free. That will allow them to attack in waves that will be matched only at the very highest levels of prep school basketball. There's even balance across the line-up with Akok, Sylla, Winston, Reid, and Ousmane headlining the frontline and Etienne, Buggs, Ashton-Langford, and Diarra leading the way in the backcourt.

New banners and championship trophies are matched by new dorms and gym floors at Putnam Science Academy, a school that is literally relying on their basketball program to help market and grow the school as a whole. They did that at the very highest level last year and have again assembled a team with the depth, talent, and competitive spirit to contend in the coming 2018-19 season.