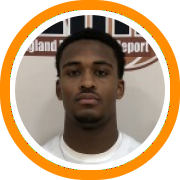 The New England Hoop Festival hit the south shore this weekend for the deepest and most talented field of teams seen on the New England fall circuit. Hosted by Zero Gravity, the area’s top programs battled it out in a weekend that saw some breakout performances, plenty of familiar faces, and several instant classics on championship Sunday.

Terrell Brown (BABC) – Defensively Brown controls the paint and is often able to dictate the other teams’ shot selection because of his length and quick instincts. Offensively he’s an awfully tough cover, at 6’10 he’s got excellent footwork in the post and a smooth three-point jumper.

Nelson Yiadom (Metro Boston) – Yiadom was undoubtedly the breakout prospect of the weekend. At 6-foot-8 he can block shots, runs the floor like a deer, and a versatile offensive game not often seen in a big man.

Chuck Hannah (New England Playaz) – Hannah was a mainstay all weekend long for the Playaz, giving his team a constant threat on the offensive glass and a consistent finisher in the paint.

Matt Cross (BABC) – The shifty forward was the best player on the floor in what was the most thrilling game of the entire weekend – BABC’s 99-89 victory over the Playaz in the ninth grade title game. Only an eighth-grader, Cross is a prospect with as much promise as any player in New England.

Jimmy Yfantopulos (Mass Rivals) – After scoring 43 points in a game on Saturday, Yfantopolous continued his strong play on Sunday by proving to be one of the best scorers at the whole event. The lefty constantly used his craftiness to score on players bigger or faster than he is.

Luis Reynoso (New England Playaz) – Reynoso helped orchestrate an impressive Playaz offense, distributing the ball well to his team’s stable of big men but also proving he can score at will off the dribble.

Jalyn Hinton (BABC) – BABC needed Hinton to step up with Keyshad Dixon and Justin Mazzulla off for the weekend, and he did just that by giving them an excellent primary ballhandler who can create shots for others.

Cormac Ryan (Middlesex Magic) – Another guy who had a huge breakout weekend, Ryan looked like a man among boys in the Magic’s semifinal game against Mass Premier – scoring off the dribble seemingly whenever he felt like it.

Rhett Carter (BABC) – Carter has made a name for himself with his finishing ability around the paint, and he continued to do just that this weekend. This weekend he showed off a greatly improved mid-range jumper.

Akok Akok (Mass Rivals) – The Manchester East product is long and athletic and an excellent finisher around the rim. He got tons of talent as a college prospect, which he’ll prove as he adds strength and extends his range.

Jayden Depina (Metro Boston) – The lighting-quick guard was a major player in Metro Boston’s run to the 10th grade championship, distributing the ball at a consistent rate and scoring from all over the floor.

Quest Harris (BABC) – Though Harris’ defense is what always stands out about his game, he really did a nice job of finishing inside all weekend long for a loaded BABC offense.

Thomas Shaughnessy (Middlesex Magic) – Shaughnessy’s rise continues as he torched opponents on offense all weekend long. A marksman from beyond the arc, he’s also an excellent finisher in the paint.

Joey Luchetti (New England Playaz) – The Lawrence Academy product is a sculpted forward and a great finisher. He was a menace all weekend long on the offensive glass, helping lead the Playaz to quality run in the 10th grade division.

Dyondre Dominguez (New England Playaz) – Dominguez is an incredibly talented scorer. The lefty is automatic from behind the three-point arc but is also an above the rim finisher when playing off the dribble.

Malachi Hazleton (Mass Rivals) – The eighth grader was one of Rivals’ most consistent players all weekend long, finishing some high-flying dunks scoring in bunches on championship Sunday.

Gio Ciampa (Mass Elite) – The Tewksbury product was an integral part of Mass Elite’s offense on Sunday, hitting a flurry of shots from behind the three-point line.

Kyle Murphy (BABC) – The lengthy slasher was very impressive on championship Sunday, with his best game of the weekend in the morning session before helping lead BABC to their third ZG tournament championship this fall.

Matt Dewolf (Middlesex Magic) – The versatile big man was an imposing force on defense all weekend, blocking shots at a high rate and giving the Magic what may have been the best individual rebounder in the gym.

Jonathan Cencesar (Mass Rivals) – The super-athletic Cambridge Latin guard was a force on offense, showing off his ability to finish around the rim going left or right.

Ryan Layman (BABC) – Layman was a huge part of BABC’s championship in the varsity division, providing a much-needed boost defensively and a strong rebounder on championship Sunday.

Spencer Danforth (Mass Elite) – Danforth was on fire from outside on Sunday, hitting what seemed like every shot he took over the course of a 30-point performance.

Jordan Minor (South Shore Wolfpack) – A playmaking combo guard, the BC High product showed why he’s sure to be one of the MIAA’s breakout players this year.

Judson Martindale (BABC) – Martindale brought his best game in BABC’s final game of the weekend, where he was automatic from three while often defending Dyondre Dominguez in the ninth grade title game.

Jay Christopher (South Shore Wolfpack) – The long forward was one of the best finishers in the gym, scoring with both hands and running the floor in transition.

John Packard (Middlesex Magic) – Whether it was from outside or in the paint, Packard was a consistent scorer for Coach Crotty’s squad all weekend long.

Justin Connolly (Mass Elite) – Connolly was a force defensively for Mass Elite in what was a deep run on Sunday, while also proving to be a consistent scorer from all over the floor.