Worcester Big Man Heads to A-10 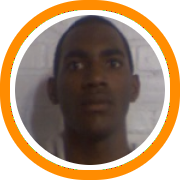 When we visited the Worcester Academy gym last month the talent upgrade was immediately noticeable.  They had a quick new point guard with long arms and a good shooting touch, the little brother of former Louisville star Reece Gaines who would be able to facilitate offense from the wing position with his high I.Q. and passing ability, and a face-up four man who was drawing interest from the highest levels because of his combination of size and shooting touch.

But the guy who impressed us the most that day was the new man in middle, Daymon Warren.  Coming from the Sacramento area, Warren is a guy that was flying under the radar.  Scout.com gave him one star out of a potential five and Rivals none of the five.  ESPN called him a low to mid level talent.  But after watching Warren play for just two hours you could quickly see he was much more than most people realized.

He is a burly big man with great upper body strength and muscle mass.  But he runs the floor like a deer and is consequently a major factor in a transition game.  He’s a good athlete who blocks shots and dunks through contact inside, an underrated passer, and a developing scorer with his back to the basket.  He’s also a true interior player, and not another big man trying too hard to drift to the perimeter.

Given the demand for big men in this year’s recruiting landscape, as well as the lack of quality bigs available, we wouldn’t have been at all surprised to see Warren end up in a high major conference had he waited until the end of the year.  In fact, Nevada and Marquette were already showing interest as of just a couple of weeks ago.

But after this weekend, Warren is officially off the board.  The California native committed to George Washington selecting the Colonials over Oral Roberts, Western Kentucky, St. Bonaventure, and Fresno State.

Warren should be a good fit in head coach Karl Hobbs’ transition system because of his strength, athleticism, and ability to change ends in a hurry.

But before he heads to D.C. look for the big man to make a big impact in the NEPSAC this year as he and his teammates at Worcester Academy look to make a run.