Which State Association has the Best Talent? 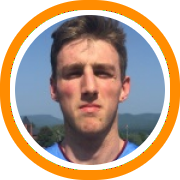 With most of New England’s top talent typically converging on the prep school marketplace it can be easy to forget about the prospects that remain in the six local state associations.  Today we profile each of those respective associations, ranking them from top to bottom in terms of the number and quality of college prospects they possess:

It’s a pretty noticeable jump from three to four although the state of Vermont does have the St. Johnsbury tandem of Vlad Cobzaru and Brendan OShea along with a similar one-two punch at U-32 in Ryan Booth and Chris Collins.  Other top seniors include Pavin Parrish (Rochester), Jason Manwaring (Williamstown), Tom Fitzgerald (Rice), Marcus Thornton (Spaulding), and Lucas Aube (CVU) among others.  James Wells (Rice), Tristan Ross (St. Johnsbury), and Tinga Adiang (Mt. Mansfield) lead the way in the junior class while Rice’s Kendrick Gray headlines a strong sophomore contingent which also includes his teammate Ben Shungu and Josh Hale (Burlington).

Classical’s Kealen Ives is perhaps the lone bright spot in a senior class that has been otherwise decimated by prep school transfers.  Corey Daugherty is on a similar level all to himself in the junior class while Chris Diclemente (Prout) is also notable.  A few highly talented youngsters, most notably Prout freshman Tomas Murphy, keep the RIIL out of the cellar, while Smithfield sophomore Nathan Patenaude and Portsmouth freshman Cole Swider are nice prospects as well.