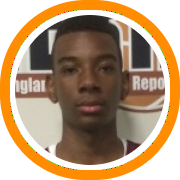 Brewster Academy and Mass Rivals forward Aaron Wheeler made a verbal commitment to Purdue on Monday following an official visit to their campus over the weekend.

Wheeler has been one of the hottest prospects in New England in recent weeks as consistently strong showings in the Brewster open gyms have attracted the likes of Arkansas, Northwestern, Pittsburgh, Creighton and others.

"I was considering other schools and talking about settings up other visits," Wheeler said, "but talking to [Purdue head] Coach [Matt] Painter this weekend, he said they have a couple of guys who might be leaving for the draft so there's going to be immediate opportunities for playing time and I'd be able to compete for that. I just thought coming into a top 25 program and having a chance to play right away was huge."

Wheeler spent the past year running with the Mass Rivals on the Adidas Gauntlet circuit and provided some very important moments this summer when the team won four different championships, including both the Gauntlet Finale as well as the Adidas Summer Championships.

A long, athletic and fluid 6-foot-7 forward, Wheeler is an undeniable talent with still untapped potential. He's capable of making some high level plays in the open floor, gets well above the rim with ease, covers the court gracefully and is a consistent threat from the three-point line.

With his best basketball very clearly still in front of him, Wheeler's game will go to new levels as he fills out his frame and gets stronger, especially in his lower body.

Below are some of Wheeler's July highlights care of the Rivals Network on YouTube.