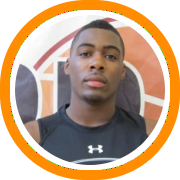 The New England Recruiting Report wasn’t alone in covering both the BasketBull Columbus Day Challenge as well as the Middlesex Magic Fall Classic this weekend.

Ballas TV made the trip to both locations and came away with quality footage at each stop.

Meanwhile, Next Best Basketball was on the road on Sunday, making the trip to Rhode Island to capture the action during the championship round of the Columbus Day Challenge.

The New England Playaz scored their first championship of the fall with a win over the Riverside Hawks in the u17 final, but the real story of the day was the Connecticut Basketball Club who took championships in the u14, u15, and u16 divisions.

Windsor High School swingman Jared Wilson-Frame led the way for the u16 squad and Next Best Basketball caught his best moments on tape, showing the full versatility of his scoring game along with some developing passing ability.

CBC’s u15 team got a big performance from Master’s guard KeAndre Fair and Ballas TV put together that highlight reel showing the freshman’s playmaking skills on both ends of the floor including seven steals in one game alone.

Over at Babson College, the two players who managed to stand out above the field were Middlesex Magic swingman Chris Braley and Mass Rivals guard Jalen Adams. Braley’s Ballas TV mix includes both his top plays from this weekend while also providing a few snapshots back at some of his top moments from this summer’s AAU season.

Adams had his latest offensive explosion on Saturday as he rattled off 37 points showing his instinctive offensive repertoire. Once again it was Ballas TV that was on hand to capture the action.