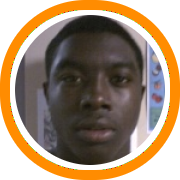 Akeem Williams Â– Avon HS (MA): The junior guard went off for 50+ points for the second time this season. He poured in 56 on Friday night as Avon defeated South Shore 86-79 to improve to 9-2 on the season.

Cory Stockmal Â– Watertown HS (MA): He had an impressive weekend with 27 points in 23 minutes in a 74-53 win over Burlington on Friday night. A day later he scored 19 points and pulled down 8 rebounds as Watertown defeated #2 ranked Catholic Memorial 73-69 in a game played at Northeastern University. With the win Watertown moves to 15-0 and 5th in the Boston Globe rankings.

Mark Williams Â– Malden HS (MA): Williams is the latest player to secure a triple double as he scored 14 points, grabbed 13 rebounds, and blocked 11 shots in MaldenÂ’s 63-59 victory over #7 ranked Cambridge. With the win Malden went to 8-5 on the season.

Quinton McMillan Â– Sabis Charter School (Springfield, MA): McMillan picked up a triple double of his own as Sabis slammed Ware 80-41. He scored 20 points while pulling down 10 rebounds and picking up 11 steals.

Rich King Â– Carver HS (MA): King scored a game high 35 points, in addition to netting the 1000th of his career. But unfortunately his heroics were not enough as his Carver team still fell to Hull 64-59.

Ryan OÂ’Connell Â– St. JohnÂ’s Prep (Danvers, MA): The Bowdoin bound guard put up 41 points to lead St. JohnÂ’s to an upset victory over Catholic Memorial 98-94, showing why he is not only one of the best shooters in the area, but also a pure scorer.

Kyle Casey Â– Brimmer & May (Chestnut Hill, MA): The junior forward had 27 points, 11 rebounds, and 3 blocked shots to lead Brimmer & May in an overtime victory against Milton.

Adrian Satchell Â– Windsor HS (CT): The junior big man continues his break out season. On Friday night he came up another triple double as he had 14 points, 13 rebounds, and 10 blocked shots to go along with 3 assists and 2 steals. Windsor defeated Bristol Central 91-74 to retain the state of ConnecticutÂ’s number 1 ranking.

Vic Anderson Â– Wethersfield (CT): Anderson scored 23 points and pulled down 10 rebounds to lead his team over Platt 79-47. With the win Wethersfield goes to 8-4 and consequently qualifies for their first trip to the state tournament in several years.

Shane Gibson Â– Killingly HS (CT): The Sacred Heart bound guard continues his impressive play as he scored 37 points including 7 three-pointers in a game against Kevin Donahue and Stonington.

Lambros Papalambros Â– Suffield Academy (CT): The post-graduate point guard scored 24 points against Kingswood-Oxford on Wednesday and a career high 34 against the Berkshire School. Papalambros also leads the team in assists this year.

Jefferson Lora Â– Lyman Hall (Wallingford Â– CT): The sophomore big man put on one of the stateÂ’s best individual performances of the season when he scored 37 points and grabbed 27 rebounds in a 77-57 victory over Derby. He had another double-double with 18 points and 16 rebounds later in the week against Law.

Clancy Rugg Â– Burlington HS (VT): The athletic forward scored 31 points to lead his team over Colchester 81-60, and solidifying their number one ranking in the state.

Ben Brooks Â– Champlain Valley Union HS (VT): The talented guard hit a 25 foot buzzer beater with two defenders falling all over him to save CVU from an upset as they held off St. Johnsbury 54-52.

Jon Goldberg Â– Rice HS (Burlington Â– VT): He led Rice with 16 points as they surprised the stateÂ’s #2 ranked team Essex 53-48. Two days later he scored 20 in a 70-58 victory over Mount Anthony Union. He is averaging 14 points, 8 assists (against only 1 turnover), and 6 rebounds per game this year.

Mike Accaoui Â– St. AndrewÂ’s (Barrington Â– RI): The junior guard knocked down 6 three-point shots and scored 25 against Worcester Academy. Accaoui now has 67 made three-pointers on the year in 21 games.

Mason Kenney Â– North Kingstown HS (RI) & Pucci Angel Â– La Salle Academy (Providence, RI): The two guards went back and forth at each other all night long with Kenney finishing with 27 points and Angel a game high 30. Ultimately though it was Kenney who got the last word as he knocked down a shot with 12 seconds left to seal a 68-65 victory for his team.

Adalberto Bueno Â– Feinstein HS (Providence, RI): The senior swingman recently returned to the line-up and is already having a big impact. Without teammate Jerell Gomes in the line-up on Friday night he scored 35 points to lead his team to a 70-60 win over Pilgrim.

Brent Merrill Â– Erskine Academy (South China, ME): The senior guard scored 18 of his career high 26 points in the second half to lead Erskine Academy to a 64-49 victory over Kennebunk.

Billy Zolper, Ryan Weston, and Jon McAllian Â– Bangor HS (ME): Bangor relied on a balanced attack in a match-up of the stateÂ’s two top ranked teams. Zolper had 19 points and 7 rebounds, Weston 17 points and 6 rebounds, and McAlian 13 points and 7 assists as Bangor defeated Edward Little 57-42 to remain unbeaten on the year.