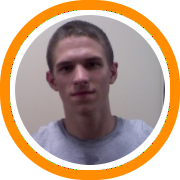 Our first snowless week in recent memory put loads of games on tap this week leading to a variety of impressive performances.  Here is a look at some of the most notable:

Player of the Week – John Henault, St. Bernard’s CC – The senior guard became St. Bernard Central Catholic’s all-time leading scorer (1457 points) in a Saturday night win with 32 points and 12 rebounds. Prior to that he scored 36 points in a win against Holy Name.

Player of the Week – Evan Tullar, Spaulding – The senior scored 23 points and grabbed nine rebounds in a comeback victory over Burlington, eclipsing the 1,000-point scoring mark for his career in the process.  Tullar followed up his historic night with 22 points in a victory over St. Johnsbury later in the week to push the Crimson Tide’s record to 9-4 on the season.

Player of the Week – Steve Spirou, Pelham – The senior swingman went on a scoring spree this week beginning with a 41 point performance in a 75-66 win over Hollis-Brookline.  He followed that up with 28 more points in a shortened performance and blowout win over Sanborn.

Player of the Week – Phillip Starks, Prince Tech – Starks put up huge numbers this week and became Prince Tech’s all-time leading scorer in the process.  His totals included 37 against Abbott Tech, 37 against Ellis Tech, and 39 against Capitol Prep.

Player of the Week – Nolan Allen, Windham – The junior swingman topped the 30 point plateau in all three of Windham’s games this week.  It began with 35 points and 8 rebounds in a tough 86-82 win over Deering.  Then Allen scored 30 of his teams 47 points in a 52-47 loss to Kennebunk.  Finally, Allen went for 31 more to lead Windham to a 75-72 win over Gorham.

Player of the Week – Michael Carter-Williams, St. Andrew’s – There’s no denying this one as MCW picked up his second straight NPSI MVP award, led St. Andrew’s to a pair of wins over AAA schools, dropped 34 on AA rival Marianapolis, and capped it all off by being named to the McDonald’s All-American game.