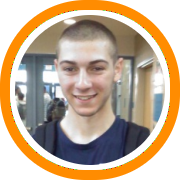 With state tournaments winding down in Rhode Island and Maine and about to get underway in the rest of the New England states along with the NEPSAC, this will be our final notable performance listing of the 2010-2011 high school season.  Here is a look at this week’s standouts:

Co-Player of the Week – Jimmy Zenevitch, Central Catholic – The senior forward stepped up in two big games this week and picked up his 1000th point in the process.  First he scored 14 of his game high 26 points in a hard fought win over Andover.  Next he had 32 points, including his 1000th, and 13 rebounds against St. John’s Prep but it wasn’t enough as Central fell 72-70.  Earlier in the week Zenevitch had 24 points and 12 rebounds over Fitchburg.

Co-Player of the Week – Joe Bramanti, Andover – Bramanti has saved his best for last.  He had 22 points against Central Catholic to begin the week and followed that up with 19 more against St. John’s Prep, including the 1000th of his career.  Finally, Bramanti put his team on his back and scored 38 points to lead them to a 75-66 win over Newton North.

Player of the Week – Chris Braley, Nokomis – The junior star ended his season in style, taking home player of the week honors for the second consecutive week.  Braley had 31 points and 24 rebounds in a win over 7th ranked MDI in the opening round of the state tournament and then 44 points and 18 rebounds in a disappointing loss to second ranked Ellsworth.

Player of the Week – Mike OLoughlin, Milford – The senior kept Milford unbeaten this week turning in two big performances.  First it was a 25 point outing as Milford knocked off Pelham 66-40.  Then it was a 31 point performance that included four three-pointers in a 65-41 win over Bishop Brady.

Player of the Week - Michael Carter-Williams, St. Andrew’s – Yes…again.  It is probably only fitting that MCW takes player of the week honors in the final notable performers listing of the year.  He had 30 points in a 65-45 win over Putnam Science and another 28 in a big win over Wilbraham and Monson.

Player of the Week – Zach Askew, Vinal Tech – While many talented seniors are collected their 1000th career point late in their senior year, the Vinal Tech big man landed a more rare feet this week with the 1000th rebound of his career, which he collected along with 25 points on Tuesday against Plainfield.

Player of the Week – Ryan Tatro, Hazen – While steadily having an all-state caliber season for the 15-2 Wildcats, the six-foot-seven senior forward had a monster game with 32 points, 16 rebounds, and six blocks in a win over Enosburg earlier in the week.