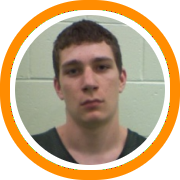 The New England Recruiting Report will once again be publishing our weekly list of notable performances this high school season.  As always nominations can be made over e-mail with the weekly list being published first thing Friday mornings.

Without further ado here are New England’s notable performances in the last week:

Player of the Week – Sean McClung, Bishop Guertin HS:  The junior forward knocked down a bank shot at the buzzer to give Bishop Guertin a 59-57 win over Exeter in the opening game of the year.  McClung finished the contest with 25 points.

Player of the Week – Brandon Labrie, Hampshire:  A new name has emerged in the first week of the season as Hampshire’s Labrie has played a starring role in two victories.  First he scored 29 points in an 82-36 pounding of Gateway, then against Holyoke Catholic with the game tied at 59 in the final seconds he came up with a steal and subsequent lay-up to win the game for his team.

Player of the Week – Chris Braley, Nokomis High School:  The sophomore sensation has been a virtual 20/10 machine…and even 30/10 on another night.  He scored 36 points and grabbed 10 rebounds last Tuesday, followed it up with 23 points & 14 boards on Friday, and then had a “mediocre” game by his standards of 21 points & 10 rebounds this Tuesday.

Player of the Week – Alex Snyder, Rutland High School:  The junior big man took home some new hardware after picking up MVP honors at the Spaulding tournament.  He averaged 16 points, 15 rebounds, and 6 assists for the two games.

Player of the Week – Nate Stitchell, Coventry HS:  Stitchell made his impact felt at both ends of the court against Westlery, led his team to a victory and scored a triple double in the process, finishing with 24 points, 10 assists, and 11 steals in a win over Westerly.

Player of the Week – Jason Pranulis, Terryville:  The senior big man opened the season by scoring 34 points, including 11 in the fourth quarter, to lead Terryville over Housatonic 55-49.  A few nights later he scored 30 more, while grabbing 14 rebounds, as Terryville earned a comeback victory over Lewis Mills 56-46.