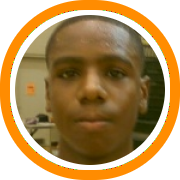 This week’s top performances come from some big names as well as other players who are flying under the radar.  They include a fifty point performance, a triple double, and a 20/20 night.

Gerald Coleman – West Roxbury (MA):  No one was better than Gerald Coleman this week.  The junior swingman made quite a statement in his first game of the season.  He scored 50 points in West Roxbury’s win against New Mission showing why he is virtually unstoppable once he gets it going.  The long lefty is capable of scoring in a number of ways as he is smooth going to the rim, capable from behind the three-point line, and a good scorer in the mid-range area as well.

Jerell Gomes – Feinstein HS (RI):  The senior guard showed his versatility as he almost scored a triple double on two different occasions.  He accounted for well over half of his team’s offensive production as he scored 20 points (including the 1000th of his career), handed out 8 assists, and grabbed 11 rebounds against Westerly.  Later in the week he had 22, 8, and 10 against Barrington.

Chris Prescott – Northwest Catholic HS (CT):  His hot play has continued to start the season.  He finished with 35 and 36 in his first two games of the season.

Alex Murphy and Anthony Jernigan – Prout School (RI) and East Hartford HS (CT):  Look out for the freshmen!  Murphy had 27 to lead his team to a 56-54 victory over North Smithfield, while Jernigan put up 20 in his first high school game against Maloney.

Eliseo Nieves – Bulkeley HS (CT):  After spending his sophomore year at Lee Academy in Maine, the talented big man has returned to Hartford.  His impact was felt right away as he dropped 34 on Bristol Central to lead his team to a 106-74 victory.

Tyler Patch – Seekonk HS (MA):  Five games into the season, the senior is said to be averaging over 30 points per contest.  His most impressive game could have come against Barrington High School of Rhode Island, when he dropped 36.

Robert Wesley – Cambridge (MA):  Wesley scored all 25 of his points in the second half, including 19 in the fourth quarter, to lead Cambridge over Springfield Central 65-60 in day two of the BABC Holiday Classic

Jon McAllian – Bangor (ME):  The University of Maine bound guard scored 23 points to keep his team unbeaten as they held off Edward Little 56-53 in their toughest test of the young season.

Pat Flanagan – Somerville High School (MA):  He scored 27 points while pulling down 16 rebounds to lead Somerville over Barnstable in the Nauset Tournament

Matt Joslin – North Country (VT):  His 27 points against Mt. Mansfield were not out of the ordinary as this guard has been putting up big numbers since the season tipped off.

Joe Ragland – West Springfield HS (MA):  The talented guard opened the season with three consecutive 30+ point efforts to lead his team to a 3-0 record out of the gate.  It started with 31 in a 73-48 victory over Pittsfield.  Then came his season high of 37 in a 68-64 victory over Putnam.  Finally he scored 33 as West Springfield fought off Longmeadow 68-60.

Ashton Price – Classical HS (RI):  He dominated Lincoln inside, scoring 26 points and pulling down 24 rebounds to lead Classical to a 67-49 victory.

Justin Nieves – Lawrence HS (MA):  Had a great showing at the Greater Lawrence Christmas Tournament.  Scored 37 points against Pinkerton in the opening round and another 24 against Methuen, including five three-pointers.

Mark Comstock – Rutland HS (VT):  The 6’4” junior forward exploded for 30 points against one of the state’s best teams, Rice Memorial, showing he is certainly one of the top juniors in Vermont.