The Best Left on the Board  Point Guards 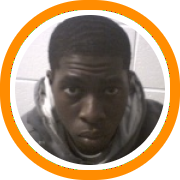 When you ask a college coach what they are looking for in their upcoming recruiting class they typically break it down into five positional categories: bigs (centers and power forwards who play primarily in the paint); face-up fours (the new trend of power forwards who like to face the basket and shoot from the perimeter); wings (small forwards and shooting guards who have neither the size to play the four nor the ball skills/feel for the game to help bring the ball up the floor); combo-guards (guys capable of playing either guard position); and points (pure point guards).

Today we take a look at some of the top point guards who remain unsigned and uncommitted for next season.  The list is a fairly small one as pure point guards are hard to find these days.  Here are the best available:

Hamid Ford – Bridgton Academy (ME):  The post-graduate from Findlay Prep in Nevada has been impressive in spurts this year.  But Bridgton Head Coach Whit Lesure does a great job preparing point guards for the next level and Ford should be no exception.

Simon McCormack – Northfield Mount Hermon (MA):  Despite playing off the ball for his first two years at NMH, McCormack has run the team with good success this year.  His size and strength gives him an immediate advantage over opposing point guards, as does his ability to get to the rim off the bounce.

Sam Leclerc – Winthrop HS (ME):  Playing for a small public high school in Maine, Leclerc is often forced to be more of a scorer than a distributor.  But he is at his best when he is surrounded by talent as he does a great job of running a team and making good decisions with the ball.

Zach Dugas – St. Luke’s (CT):  Dugas is having another good season for St. Luke’s.  He has always been able to score the ball in a variety of ways, but his decision making and ability to run a team has improved tremendously in the last year.  He also has good size for the 1 standing at 6’2”.

Nate Schwarze – Phillips Exeter (NH):  This kid defines pure point guard.  He may not have the size or athleticism of the prototypical division I guard, but his intelligence, decision making, and feel for the game is off the charts.  He is also a very good standstill shooter.

James Cormier – Proctor Academy (NH):  Of all the intangibles that coaches look for in their point guards, toughness may be the most important.  This guy exemplifies that. In fact, earlier in the year he had a terrific game against Marianapolis Prep two days after being released from the hospital.  Whichever coach gets him will love him.