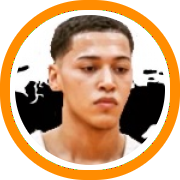 Ramos is a New Jersey native who graduated from Bloomfield High School in 2019 and played his AAU basketball with the Jersey Force. He earned multiple scholarship offers this year, including a D1 offer from Coppin State, before pledging to East Stroudsburg.

A skilled combo-guard who can play on or off the ball, Ramos can create for himself and others and also has a nice outside shot.

Below are some of his highlights from his post-graduate season.