St. Anselm Gets a King 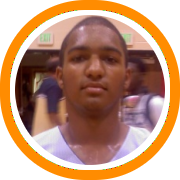 One week after landing a commitment from St. Thomas More post-graduate Roy Mabrey and St. Anselm has completed their backcourt of the future with another commitment, this time from Suffield Academy post-graduate Andre King.

King is coming off a big post-graduate season, averaging close to 27 points per game and leading Suffield to the semifinals of the Class B tournament.

Prior to arriving at Suffield, King had a storied career at Sabis International Charter School in Springfield, Massachusetts.  He actually made the team as an 8th grader and ultimately spent five years with the team, claiming four Western Mass titles, two MIAA state championships, and scoring over 1900 career points.

King picked up a variety of division II offers and low-major interest during the last year but committed to St. Anselm almost immediately after the conclusion of his season.

“They’ve been really after me since midway through the season and showed they really wanted me to be part of their program,” King said.  “I went up to visit the school and really thought it was a good place for me.  I can see myself coming in and making a big impact right away so I just felt it was the right fit.”

A scoring guard who has played both backcourt positions over the course of his career and can shoot the ball with deep range, King figures to continue in the combo-guard role at the next level while likely playing more with the ball than without it.

“They definitely told me I’d be playing the one but they still want to use me for my scoring ability and my shot too,” he said.

King is the second Suffield Academy product to commit to St. Anselm in the last two years, following in the footsteps of the NE-10’s freshmen of the year Allen Harris.

While King and Harris never suited up together at Suffield, they did on the AAU circuit when they teamed with Metro Boston during the summer of 2009.