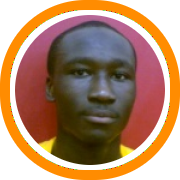 This St. Andrew’s team has a chance to be very special as Coach Hart has all the pieces in place to make another championship run. He has a go to player in 6’5 senior guard Rakim Sanders to build his offense around and depend on in crunch time. He has experienced and talented guards in 5’10 seniors Andrew Hanson and Joe Accaoui who will provide leadership and run the team. He has a tough and physical presence to patrol the lane in Garrett Kissell and he has a nice group of young players to bring energy and push the veteran core in 6’2 junior guard Mike Culpo, 6’6 junior forward Brian Hanuschak, 6’2 sophomore guard Nyheem Sanders, and 5’8 sophomore guard Mike Accaoui. With such a well balanced squad the St. Andrew’s team is once again taking on all comers this year going up against many of the best programs that the NEPSAC has to offer in both the “A” and “B” classes.

Sanders, who is rated among the top 100 players in the country by most of the top recruiting services, has already pledged himself to Boston College. He is a very athletic and super skilled player who can shoot the 3, attack off the dribble, or finish in transition. Kissell, who has committed to the University of Vermont, is the only other player on the roster who has made his college selection.

In contrast, Hanson and Accaoui have yet to make any decisions about their futures. Both players are point guards who are definite division one prospects that complement each other very well. Hanson is a quick and athletic guard who creates for himself and others in addition to being a tough on the ball defender. Accaoui is a tremendous shooter with a smooth stroke and deep range. The other senior on the team is 6’6 power forward Max Bense who should see a good deal of minutes as the first big man off the bench.

Culpo and Hanuschak are also division one level players whose recruiting should really start to pick up as they progress through their junior year. Culpo has earned a reputation as a big game player after hitting the shot that gave St. Andrew’s the victory over Proctor Academy last year in the NEPSAC Class B title game and earning the team’s most outstanding player award at the Magic 32 Hall of Fame Classic. Hanuschak is a skilled player with good size, who is versatile enough to play inside or out, and may still be growing. Manny Odugbela a 6’3 small forward is the other junior on the roster who is at his best when attacking the rim.

The sophomore group also has its share of division one prospects (and little brothers) in Nyheem Sanders and Michael Accaoui. Sanders, who Coach Hart says is a very hard worker and good listener, is also still growing and could end up being a 6’4 point guard with great athleticism which should make him recruited at a high level. Accaoui is a tremendous shooter (it runs in the family) who displays judgment well beyond his years with the ball in his hands.

The bottom line is that this is a talented, experienced, and well balanced team that should be at their best come tournament time after competing against another top schedule. But the “X” is definitely on their backs and schools like Proctor Academy, Tilton, and Marianapolis Prep all have their eyes on the same championship prize.