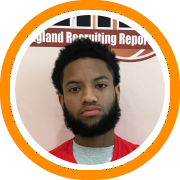 South Kent School post-graduate guard Manasseh Small committed to St. Rose on Saturday just one day after the Northeast-10 school offered scholarships to both him and teammate Sean Bresnan.

Small and Bresnan starred together both on the summer circuit, with Born Ready Elite, as well as during the prep year with South Kent.

Bresnan has yet to finalize his college decision.

St. Rose head coach Mike Perno has made recruiting the New England prep schools a priority since taking over the program and has now added a late NEPSAC commitment in each of the last three seasons with Small following Cheshire Academy's Jeff Allen and Williston Northampton's Josh McGettigan.

Small made his New England debut last June at the Elite 75 College Showcase and followed up a strong showing there with a similarly impressive performance at the Big Apple Showcase.

This winter, he had a terrific season this year for South Kent, emerging into their most potent perimeter scorer, helping to guide the team back to the post-season and earning honorable mention All-NEPSAC honors in the process.

Once dubbed a "heat seaking missile on his way to the basket," by head coach Bill Barton, Small is a physical guard who plays a downhill style to attack the rim. He's also added to his skill-set within the last year though and can also beat defenders with pull-ups and threes, making him a threat at all three levels.