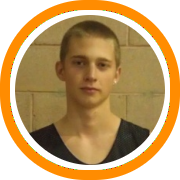 The New England Recruiting Report started the day on Saturday at the Boston Athletic Club to take in a session of the fifth annual Shooting Touch Pre-Season Tune-Up.

The invitation only 20 player field includes a variety of top prospects throughout the greater Boston area, hosting them for six weeks and 12 sessions of strength and conditioning training and skill development, along with a series of guest speakers.

Saturday’s workout was missing some of the more notable prospects like Jeff Spellman, Kyle Reardon, Nate Anderson, and the Pagliuca brothers, but that only gave other guys more of an opportunity to show their stuff.  Here’s a look at who stood out early morning on Saturday:

Dan Powers, Catholic Memorial – He looks poised to emerge as one of the leaders for CM this year and should also prove to be a major mismatch problem with his size and toughness along with the ability to step out and shoot the ball with range.

Ryan Fogarty, Xaverian Brothers – Only a sophomore, Fogarty is a growth spurt away from being a real player.  He has a nice fundamental base to his game, shoots it well from three, and can shake his man off the dribble.

Bumi Yesufu, Boston Trinity – His handle was the tightest we saw on Saturday morning as he is pretty close to having it on a string, and that’s a good thing as Yesufu is the floor general and team leader over at BTA.

Drew Shea, Medfield – At 6’6” he’s still only just growing into his body and that means he could be one of the top prospects of the group.  He can really run the court when he wants to, has a soft touch that is starting to expand to the perimeter, and a good frame moving forward.

Isshiah Coleman, New Mission – His name was a new man to pop up on our radar and he’s certainly a guy to monitor moving forward.  A long and cut high level athlete, Coleman dunked with both hands and showed the touch to develop his face-up game.

Steven Daley, Roxbury Latin – He’s a freshman with a lot of upside moving forward.  He has good size with a naturally strong frame and the athletic build to thrive in the open floor while the release on his jumper says he could develop into a guy that can make shots.

Fresh off the success of their latest pre-season tune-up, Shooting Touch will be holding their first annual high school Shootout in December welcoming programs like St. Anthony, Hudson Catholic, Bishop Loughlin and others to Boston for a two-day event.  Click here for more information.