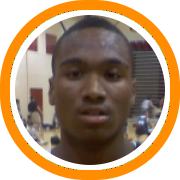 The second annual Reebok Pre-Season Tune Up was once again a big success.  The program, sponsored by Shooting Touch, worked with 20 elite players in the Greater Boston area twice a week for six weeks on Tuesday nights at Reebok's Headquarters in Canton, MA and Saturday mornings at the Boston Athletic Club in South Boston.

The workouts consisted of two hours each session and include one hour of strength and conditioning and one hour of basketball fundamentals.  Each session is run by a different high school coach enabling each player to receive a variety of expert instruction.  New components this year included guest speakers and a monitored nutrition plan for each player.

But as always nothing raises the quality of play like good coaches and good players and the Pre-Season Tune-Up had both of those.

All of the participants also got the chance to celebrate the completion of their program by watching a Celtics game in Reebok’s corporate box alongside program coordinator Justin Kittredge and Willie May.

To learn more about the Pre-Season Tune Up or to watch the highlight video of the program please visit www.ShootingTouch.com.