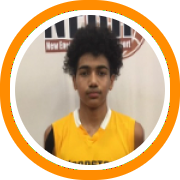 The 2018-2019 season has now come and gone and as we look back on the year, one of the biggest themes was the collective quality of the coaching we see on the sidelines.

It was largely a year of frustration at Brewster Academy as a roster composed of celebrated individual talent didn't come together...until the very end. Ultimately, while players like Jalen Lecque and others finally started to put things together, the real story might have been head coach Jason Smith, who once again figured out a way to push the right buttons when it mattered the most, as detailed by YurView New England following the championship.

Smith isn't the only coach deserving of praise though. In fact, you could make a good argument that because of the talent that comes into the New England region every year, the one thing that gets taken for granted is the incredibly high-level of coaching across the board. This season was a perfect example.

Jere Quinn is a prep school institution at St. Thomas More and rightfully so. He won his latest New England coach of the year award this season. Whit Lesure has had an equally magnificient career. He was at the helm of the league's most dominant program a decade ago but with financial aid having since changed the parameters of his job, he still doesn't approach it with any less enthusiasm.

NMH head coach John Carroll is often credited with his mastery of the sidelines, but most don't realize that NMH has now won three of the last four NEPSAC championships. This was arguably the most impressive as this was a much younger team that entered the season without the same veteran firepower after two players made the unexpected jump to college and ended up making huge strides during the course of the season to capture an unexpected championship. New Hampton's Nick Whitmore, another former college coach, had a terrific year in his own rite, maximizing his talent and leading his club through adversity.

Not unlike Quinn and Lesure in AAA, St. Andrew's Mike Hart is the Godfather of AA. He too might have delivered his best coaching performance in recent memory this year, capturing a championship with a squad that wasn't expected to be among the top contenders in the fall. Cushing's James Cormier, MacDuffie's Jacques Rivera, Worcester's Jamie's Sullivan, and Gould's Cory McClure led their clubs to remarkable years as well. South Kent's Bill Barton, and Tilton's Marcus O'Neil, two coaches with incredible resumes over the years, both had their teams peaking down the stretch as well, as too did Mike Mannix at Wilbraham & Monson. Another former college coach, Alex Popp, led his Vermont Academy team into the final 4 and securing Popp's 4th 20+ win season in 5 years. Brimmer & May was a team that overachieved all year long as Tom Nelson got young kids to grow up in a hurry and exceed expectations.

The quality of the coaching isn't any less impressive in Classes A and B. Jay Tilton, Lamar Reddicks, Chris Millette, Drew Dawson, Matthew Fava, and Terrell Ivory are all former college coaches in class A while Ben Farmer and Yassine Talhaoui, both former players, did exceptional jobs with their respective clubs this season. Loomis' Rock Battistoni is yet another former player with professional experience who led his club back to the post-season.

Sean Doherty, a longtime veteran of the college sidelines, led Hamden Hall to Class B championship in just his second year on the sidelines, which is almost unheard of for a day school. John McVeigh and Juan Figeuroa are widely known as top-notch and experienced coaches at Brooks and Beaver Country Day respectively while Andrew Vitale literally grew up for the Marianapolis job which he's consistently thrived in. Keith Zalaski, Brian Baudinet, Dwayne Pina, George Wright-Easy, Billy Thom and numerous others are all have varying levels of experience at the college level.

Beyond the NEPSAC, Woodstock Academy had a magical season and maybe the most impressive part was the personal growth of so many of their individual players like T.J. Weeks and Jacob Toppin, all under the guidance of Tony Bergeron. Putnam Science had an equally magical season and was once again one of the hardest playing teams in the country under Tom Espinosa.

The reality, is that this is merely the tip of the iceberg too. There are numerous other highly skilled coaches who roam the prep sidelinese, but this year in particular, seemed like one in which it was right to recognize the sheer depth of the group and their impact on the numerous prospects that our region produces every year.